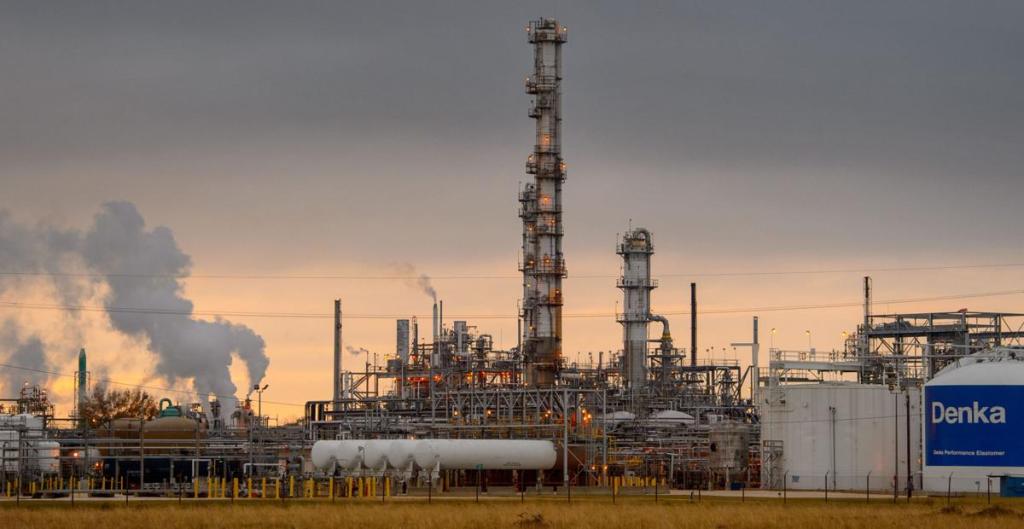 LAPLACE – A project to verify the completeness of cancer incidence data in St. John the Baptist Parish found no reportable cancers that were not already part of Louisiana Tumor Registry data. The findings are published in “Cancer Reporting in St. John Parish,” and the public can access the 35-page document at louisianacancer.org/wp-content/uploads/2021/03/CRISP-Final-Report.pdf.

In cooperation with the Louisiana Department of Health, LSU Health New Orleans School of Public Health conducted the Cancer Reporting in St. John Parish (CRISP) project between January 2020 and January 2021. The purpose of the project was to address concerns regarding cancer occurrences associated with proximity to the Denka Performance Elastomer facility, formerly DuPont facility, in St. John the Baptist Parish. All the residents in the 2.5-kilometer radius around the Denka Facility were approached to participate in the survey.

The aim of the project was to identify at least 10% of all cancer cases diagnosed between 2009 and 2018 in the survey area and link resident-reported cancer cases to records in the LTR database.

In addition to cancer cases, the residents were able to report any health conditions and/or community concerns about living near the Denka facility. Due to the COVID-19 pandemic, door-to-door surveying had to be suspended, and surveys were conducted by phone interviewing. A multipronged approach was used to contact residents in the survey area, which included purchasing a phone registry, mailing out flyers to residences in the survey area, and contacting businesses and community organizations around the Denka facility. For the time period of 2009 to2018, 50 reportable cancers were identified and verified in the LTR database.

“All of the reportable cancer cases that were identified had already been accounted for by the Louisiana Tumor Registry,” notes Dr. Edward Trapido, Professor and Associate Dean for Research at LSU Health New Orleans School of Public Health. “In addition to cancer information collected, many residents voiced concerns about other issues related to plant emissions including the relationship to other health conditions, and the effect on children’s health in the area.”

The Louisiana Tumor Registry is a program of LSU Health New Orleans School of Public Health and one of only 19 population-based cancer registries in the country comprising the National Cancer Institute’s Surveillance, Epidemiology, and End Results (SEER) Program. The SEER Program is the main program that the National Cancer Institute uses to support cancer surveillance activities. It is an authoritative source of information on cancer incidence and survival in the United States.

Population-based cancer registries record all reportable cases in a defined population. Cancer data collection begins by identifying people with cancer who have been diagnosed or received cancer care in hospitals, outpatient clinics, radiology departments, doctors’ offices, laboratories, surgical centers or from other providers who diagnose or treat cancer patients. All 50 states have laws requiring new diagnoses of reportable cancers to be sent to a central registry. Cancer registries then pull information from the medical records that document cancer for those cases. Medical records distinguish between confirmed cancer cases and anecdotal reports.

“A medical diagnosis is necessary to confirm that an illness is actually cancer,” adds Dr. Trapido. “While some people may suspect cancer, it could be something else. The Louisiana Tumor Registry links its data with death certificate data every year. Regardless of whether the death certificates list the cancers as the underlying cause of death or secondary causes of death, LTR counts them.”

Population-based cancer registries are designed to determine cancer patterns among various populations or sub-populations, monitor cancer trends over time, guide planning and evaluation of cancer control efforts, help prioritize health resource allocations, and their data are used by other scientists to advance clinical, epidemiological and health services research. Cancer surveillance programs such as the SEER Program use cancer statistics collected by population-based registries to monitor the distribution of cancer cases by sex, race/ethnicity, age and other demographic factors.

The Concerned Citizens of St. John and other area environmentalist groups such as RISE St. James are adamant that air pollution has contributed not only to cancer risk, but also underlying health issues that have contributed to disparities in COVID-19 impact.

“While we understand and empathize with the concerns of community residents in St. John, the Louisiana Tumor Registry is not the right entity to answer their questions,” adds Dr. Trapido. “The LTR is an exceptional resource for learning about types of cancer, their frequency, the rates at which they occur, the distribution of cases, information on cancer stage and pathology, cancer treatment and cancer survival, but it does not contain information on what may have caused the cancers.

“The registry does not collect data on possible contributing factors or environmental conditions to which persons with cancer may have been exposed. That is the purview of other entities and scientists. Therefore, the CRISP review and confirmation of cancers in St John Parish can neither confirm nor refute any links between exposures to chemicals and cancer occurrence.”

“The LSU Health Sciences Center’s review and audit of Louisiana Tumor Registry data in St. John the Baptist Parish has confirmed LTR reports of average to below-average results of cancer in the parish compared to the state. LTR data is consistent with numerous epidemiological studies, including a major one recently updated by researchers at the University of Pittsburgh, that show there is no increase in cancer incidence near Denka Performance Elastomer’s LaPlace Neoprene facility.

“LTR is a credentialed, award-winning state-run group that tabulates incidence of cancer for all Louisiana parishes, and its reports show St. John Parish consistently experiences average, or even below-average rates of cancer incidence. The audit report released today reaffirms LTR’s data is sound.”

Harris added that an additional scientific study has been done to further examine the risk value originally calculated by the EPA for exposure to chloroprene.

“If EPA accepts the study, it could update its risk value which is overstated as much as 130 times and change its risk designation for St. John the Baptist Parish, bringing it in line with the available real-life data on health outcomes,” Harris said.

“DPE will continue to rely on the best available science as the company continues to work to identify and invest in additional opportunities to reduce its emissions.”

Denka Performance Elastomer began monitoring levels of chloroprene in the air near the facility in August 2016 to track the progress of its emissions reduction projects. The facility has voluntarily committed to continue monitoring ambient air quality through 2021 and providing its data publically.

“DPE emissions continue to be well below limits allowed by its environmental regulator permits,” Harris said.

LSU Health New Orleans’ Louisiana Tumor Registry was also given the Registry of Distinction Award from the Centers for Disease Control and Prevention’s National Program of Cancer Registries this year.