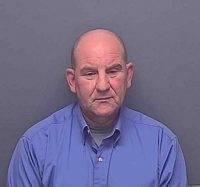 “Child pornography is a heinous crime that inflicts lifelong damage to the victims,” said Attorney General Landry. “My office and I are committed to investigating and arresting those who exploit our children, no matter their professions or positions.”

William Herrin, 60 of St. Francisville, has been arrested and charged with 50 counts of Pornography Involving Juveniles Under the Age of Thirteen (possession). The arrest was a result of a joint investigation with the Louisiana Bureau of Investigation and the West Feliciana Sheriff’s Office.

“I would like to thank Sheriff Spillman and his office for their help and cooperation,” added Attorney General Landry. “I remain grateful for my Cyber Crime Unit and our law enforcement partners who work tirelessly to find and arrest the criminals producing, distributing, and possessing sexual abuse images and videos of children.”

Herrin was booked into the West Feliciana Parish Detention Center.