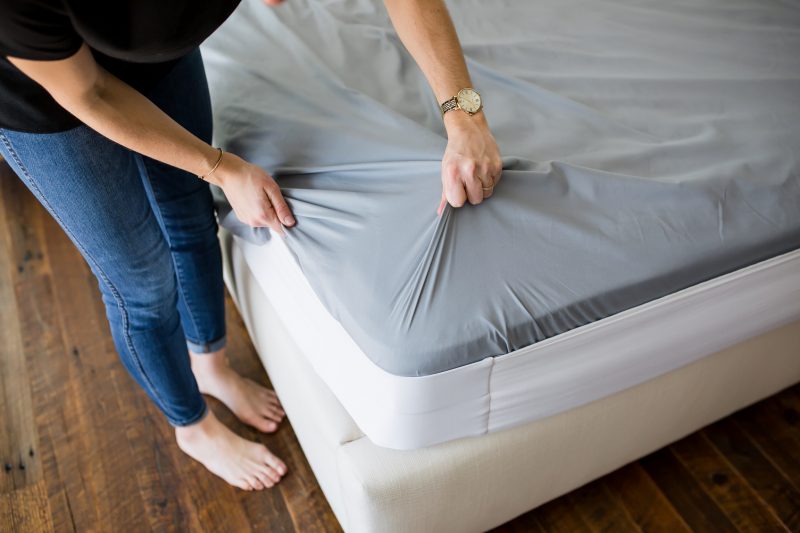 Mandeville – Two passionate Mandeville inventors, Nita Gassen and Judy Schott, recently pitched their revolutionary bed sheet fastener, the Better Bedder, to the panel of tough investors on ABC’s business reality show “Shark Tank.” The St. Tammany Parish women sent the celebrity investors into a feeding frenzy with three of the Sharks attempting to outbid each other for a stake in Gassen and Schott’s sheet fastener company.

In the end, Shark Lori Greiner, better known as the “Queen of QVC,” came in for the final bite at $150,000 for an 18% interest in the company. The budding entrepreneurs, who founded the company to make everyone’s bed-making chore “fast, easy, neat,” say they will use their company’s new celebrity-backed cash infusion for marketing to spread the word about the Better Bedder nationwide.

“Just making it onto the show was surreal, but to end up having the Sharks fighting over us and coming away with a very hefty business investment by Lori is the biggest imaginable dream come true,” said Gassen.

“It’s all been unbelievable,” Schott said. “We couldn’t believe we kept getting call backs from the TV producers at ‘Shark Tank,’ and then last summer we were stunned to get the call to go to Las Vegas and do the real show in front of the Sharks. And now I can’t believe we just watched ourselves on TV.” 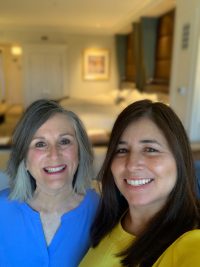 In 2018, Gassen and Schott were working together at the same Covington insurance company when they came up with the idea of simplifying the mundane task of making the bed. Schott, a New Orleans native and attorney by trade who serves as COO of the health and benefits management company, Gilsbar, searched every conceivable way to revolutionize making the bed. Schott had just purchased new beds for a summer house, and the beds were exceptionally difficult to make. Schott realized that her son had been sleeping on the couch, rather than in the new beds, all to avoid having to wrestle with changing the sheets. Feeling determined, Schott called Gassen, a longtime friend and Luling native, who immediately began brainstorming.

While both continued to work full-time jobs, the two friends started using their nights and weekends to pursue their mission. First, they wandered around a Home Depot together looking for inspiration. Soon, the women were on a relentless journey which included lots of trial and error to find the perfect solution. Then Gassen had an idea. She bought a sewing machine, and she taught herself how to sew.

Sitting in her living room, Gassen pieced together the first Better Bedder, which acts as a giant head band that wraps around the bed keeping both fitted and flat sheets in place – and can even serve as a makeshift phone holder. You put it on once and then consider it a part of your mattress. From then on, instead of tucking your sheets underneath your mattress, you can tuck directly into the Better Bedder, no longer needing to lift the heavy mattress. The new imaginative bed band allows for making the bed with minimal effort.

“Once the invention was created, we immediately realized this product could dramatically change the morning routine of millions of people who usually resist making the bed,” Gassen said. “More than that, it could make changing the sheets simple.”

But Gassen, hardly a seamstress, was not up to the task of churning out Better Bedders. Instead, the pair embarked on a search to find a manufacturer. After considering facilities all over the region, they found the perfect sew shop in Algiers.

Before long, Gassen and Schott were selling Better Bedders at local markets and online. Their adult children began to help them, taking shifts at the sales booths and creating their online presence. As their hobby turned into a family affair, the positive customer reviews poured in, and they realized they were indeed really helping people.

According to the Better Bedder website, the invention helps “seniors, the disabled, neat freaks, sleepers who run marathons at night and kick the sheets loose, and people who want to make their beds but are too lazy. Now all these folks can make their beds with little effort in just seconds.”

One aspect of the Better Bedder that customers love is that it does not require any special sheets. Customers can use any sheets from any store. Another perk is that sheets will stay in place all night. The corners will no longer pop off, and your bed will stay neat.

To date, the couple has sold more than 15,000 Better Bedders with revenues nearing one million dollars. Now with the success on tonight’s ABC-TV top-rated “Shark Tank” show, Gassen and Schott are planning for a major expansion of the Better Bedder’s production, marketing, and distribution.

To learn more about the Better Bedder, visit the website at www.thebetterbedder.com.