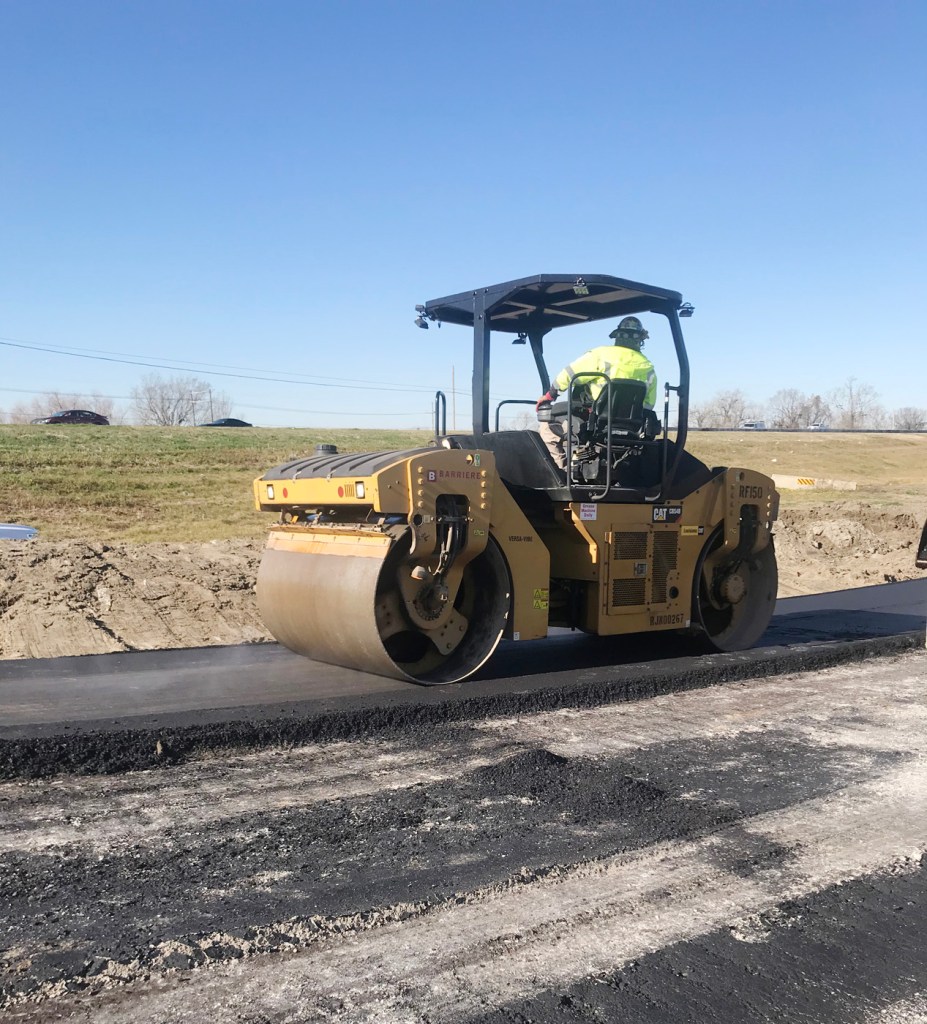 Greenup Industries is based in Kenner and owned by St. John the Baptist Parish resident Rodney Greenup.

In January 2020, Greenup was awarded a $20,520,000 firm-fixed-price contract for the excavating, processing and stockpiling of clay from the Bonnet Carre Spillway. The work was initially estimated for competition by Jan. 22, 2021. Steve Keen, Greenup Industries’ construction manager, explained that high river levels and an unusually active hurricane season created some delays in the stockpiling process. COVID-19 was not a significant factor in the timeline because workers are able to effectively socially distance.

“We’ve been working on it for about a year now. When you say dig clay and stockpile it, there’s much more to it than that,” Keen said.

“In the Spillway itself, you have to clear through all of the shrubs and get them out of the way. Then there is usually several feet of sand on top. You have to move that before you can actually start digging the clay out.”

Keen added that the clay cannot be too wet or too dry. Workers achieve the optimized moisture level by chopping the clay up and letting the sun and wind harden it. The clay will be loaded into trucks and hauled down Airline Highway onto a newly constructed access road in the sugarcane fields, near the River Forest subdivision.

Greenup Industries was also awarded the “Stockpile I” contract (advertised after “Stockpile II”) in September 2020. This $17.9 million contract calls for 1 million cubic yards of clay to be excavated from the Spillway and stockpiled in the rear portion of a sugar cane field off of Airline Highway.

The access road into the field was part of the scope of the project. Greenup will soon widen the road with asphalt and extend the access road to where the levee is going to be built. The company also built a new asphalt ramp at the back of the Spillway by the existing boat launch.

“These are two of the preliminary things that needed to be done before we can start hauling any clay out,” Keen said. “We should be starting that in late March to early April.”
According to Keen, Greenup will hire flag persons to make sure everyone is aware of the increased traffic that will be coming though. The company is in communication with the St. John Parish Sheriff’s Office and will have officers out on details to keep the area safe.

Residents can expect increased traffic to start in late March or early April. However, this timeline could change if the river levels rise and halt progress on excavating clay.

The U.S. Army Corps of Engineers reported that levee construction is expected to require 7 million to 9 million cubic yards of clay material. The Bonnet Carre Spillway has roughly 3.5 million cubic yards available, while the rest of the clay is to come from commercial borrow sources. A pre-approved list of commercial pits should be available by early March.

“We firmly believe in doing the best we can to use local sources to do the work on the project. When finding a flagman or someone to operate small equipment or find a flagman, the first resource is always the local community,” Keen said. “With the owner being a resident of St. John Parish, he feels he owes it to the local people to give them the first opportunity to do work for us.”

According to Hotard, a $7 million sand stockpile contract was awarded on Feb. 17. This contract went to North Wind Construction Services, based out of Knoxville, Tennessee.

“Sand will be used for construction of the base of the levee. There will be a sand base, and the rest will be clay materials,” Hotard said.
Hotard also updated the public on a test section of the levee that the Corps of Engineers is planning to see how the marshlands will settle for the reaches east of I-55.

“They are doing a test section to determine the best way to approach the foundation, and that contract is expected to be awarded in late March or early April,” she said.