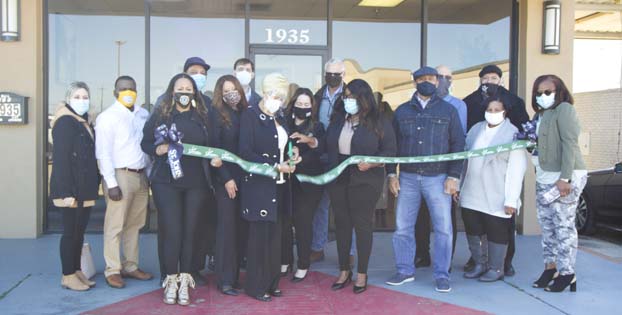 LAPLACE — Sylvia Taylor has always been a trailblazer. She was the first female attorney in St. John the Baptist Parish, and she applies her proven track record of success to serve as a voice for those who cannot speak for themselves.

The River Region Chamber of Commerce and St. John the Baptist Parish Economic Development recently joined the attorneys for a ribbon cutting at the office location, which opened in 2020.

Taylor’s extensive resume has been decades in the making. Growing up in Reserve, Taylor didn’t have fancy clothes, but there was food on the table, and that’s what mattered most. Her family’s lack of money was never seen as a burden to her future. Instead, it fueled her to strive hard for success.

She put in her high school yearbook that she would become a lawyer, and it didn’t take long for her to breathe life into that dream.

“I came from a good, religious upbringing, but we didn’t have a lot. I didn’t feel that I was less than anybody because of it,” Taylor said.

She added, “In my time, I didn’t know anyone who made money other than lawyers and doctors. I was afraid of dead people, so I couldn’t be a doctor. I run my mouth a lot, so I was going to be a lawyer. Nothing deterred me from it.”

Taylor earned a scholarship to Dillard University and graduated with honors. From there, she had a full scholarship to attend any law school in Louisiana for free.

While St. John Parish has always been home, her legal career has taken her to Washington D.C., Lake Charles, New Orleans and Houma, among other places.

“Most of my career was done in community and indignant services,” Taylor said. “Three years out of law school, I was supervisor of the legal services program. I supervised 30 people, including 12 lawyers.”

Taylor went into private practice for 12 years, encompassing six years on her own and six years with the Becnel Law Firm. Her journey then led her to the bench, where she served for 22 years as a worker’s comp judge for employees injured in Jefferson, Plaquemines and St. Bernard parishes.

Taylor retired in 2015 and returned home, but her retirement would not last for long. People kept coming to her house for legal help, and by 2017, she opened her own office near Mabile’s on Airline Highway. In 2020, she moved to her current location at 1935 W. Airline Highway, next to New Wine Christian Fellowship.

Taylor said she believes in her community and its people.

“I like to be an example. I like to speak to young people and let them know that if I can make it in spite of not having money, they don’t have an excuse for not making it,” Taylor said.

Also serving the community at Sylvia Taylor & Associates is Alicia McDowell, a California native who has found a love for the St. John Parish community.

McDowell always knew she wanted to become a lawyer. She grew up watching “Judging Amy” and other shows about criminal justice.

“My goal is to eventually become a judge. That kind of steered me to the direction of becoming a lawyer and just having family that has been through legal issues made me want to become a lawyer,” McDowell said.

Prior to joining Taylor nearly two years ago, McDowell worked for a downtown law firm that specialized in personal injury work. Branching out has opened doors for her to gain courtroom experience while helping families.

“I got involved with Ms. Taylor, and it kind of blossomed into a mentorship/partnership,” McDowell said. “I am passionate about being able to help people and give a voice to people that are not given that opportunity all of the time. I like helping them navigate through the legal system because it can be very confusing and stressful.”

“Over the last year and a half, two years, we’ve been cleaning up our tax roll, and your office was there. That’s a big thing. A lot of people today are looking for a dollar, and you were fair. You helped many of our residents,” Gauff said.

Taylor’s daughter Aspen Murphy is following in her mother’s footsteps by attending law school. She said both Taylor and McDowell are passionate about their jobs and would “do anything for anybody.” 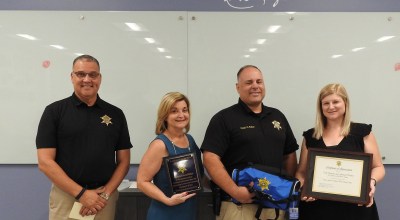