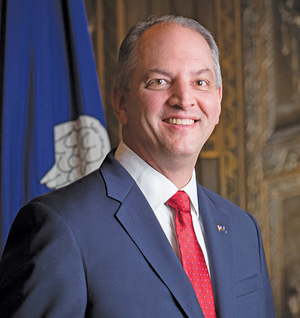 BATON ROUGE – Today, Gov. John Bel Edwards’ Climate Initiatives Task Force published its “action proposal template” to solicit ideas from the public on ways Louisiana can reduce greenhouse gas emissions statewide. All members of the public are invited to submit action ideas that apply to individual emissions sources, entire segments of the economy, or to cross-cutting or society-wide aspects of mitigating the greenhouse gas emissions contributing to climate change.

Action ideas submitted by experts and stakeholders affiliated with the Climate Initiatives Task Force, Sector Committees, Advisory Groups, or members of the public will be reviewed and evaluated for possible inclusion in the State’s Final Climate Report due in February 2022. The solicitation window will be open from February 24 through April 30, 2021.

“Two of the central tenants of my administration’s approach to the development of climate policy are balance and openness,” said Gov. John Bel Edwards. “By asking for climate actions from the public we are able to hear from those most directly impacted by the effects of climate change; from academics who may have studied this issue for decades, to chemical engineers with years of on-the-job experience, and any member of the public with an idea or an interest in being a part of the solution to one of the world’s biggest challenges. In the end, we need an all of the above strategy and no concept should go unexamined.”

“It is extremely exciting to finally be entering the solutions phase of this work,” offered Chip Kline, chairman of the Climate Initiatives Task Force and Executive Assistant to the Governor for Coastal Activities. “Since the signing of the governor’s executive order in August, the Task Force and our planning team have put a tremendous amount of time and energy into establishing the process and structure for this work. Now it is time to gather ideas from the public and various stakeholder groups, including the oil and gas industry, that will inform the state’s official climate policy.”

The action proposal template includes multiple sections requesting information on how the proposed policy would contribute to reducing greenhouse gases; possible co-benefits of enacting the proposal such as improvements to human health, disaster resilience, or the economy; potential negative consequences associated with the action; feasibility; and ease of implementation. Throughout the proposal template, submitters are also asked to consider how their idea can contribute to a more equitable society by contemplating who will benefit the most from a proposed action and which groups will be forced to carry any burdens associated with the adoption of the policy. Submitters do not need to complete the entire form for their concept to be considered.

All proposals received will be reviewed by the planning team and sent to appropriate sector committees and advisory groups for evaluation. The evaluation process will utilize the Climate Initiatives Task Force’s “fundamental objectives,” a list of issues identified as important guideposts for measuring the state’s progress, with the results of the scoring also made available to the public.

After the review of actions and strategies collected from the action template, the Task Force will conduct a tradeoffs analysis and then revise and prioritize actions through the spring and summer. A draft Final Plan will be published for additional public input by the fall of 2021 ahead of the final report in February 2022.

Suggestions for climate actions can be submitted to the Task Force in a number of ways. A downloadable copy of the action template can be found here. A simplified online version is available here. Concepts may be submitted by email toclimate@la.gov, or by mail to the Governor’s Office of Coastal Activities, 1051 N 3rd Street, Baton Rouge, LA 70802.