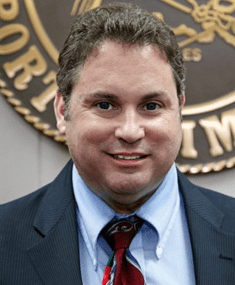 RESERVE — InfraGard Louisiana President and Port of South Louisiana Safety Risk Agency Manager Lester Millet III was recently awarded the 2020 Government Technology & Services Coalition Homeland Security Today Citizen of Mission Award. The Citizen of Mission award goes to an individual who devotes their personal time, energy and resources to work for causes related to homeland security. Volunteers, nonprofit leaders and corporate employees are eligible for nomination as long as they devote time and dedicated effort to supporting the homeland mission.

A tireless leader, Millet joined InfraGard Louisiana in 2008, where his endeavor began to make the chapter a model for the rest of the United States. His contributions in planning and organizing critical conference and training experiences have been invaluable and his recent effort, the All Hazard School Safety Toolkit, is no different.

Millet drafted and developed this Toolkit, shared with national leaders, with the intent of it becoming the national model as proved by its success within the InfraGard Louisiana School Safety Initiative. It is considered one of the most comprehensive in the country – receiving high praise direct from FBI headquarters.

Beyond his efforts at InfraGard, Millet serves as sector chief and chairman at one of the largest Facility Security Officer Workgroups, where his efforts have been instrumental to project successes. He also gives back to the community through service on more than 10 boards and committees including the U.S. Coast Guard Gulf of Mexico Area Maritime Security Committee. Millet is an example of service and commitment, a man who continuously gives to the betterment of his community, his colleagues and his country.

InfraGard is a Public / Private Partnership between the FBI and the Private Sector, more specifically, the 16 aligned DHS Critical Sectors. The mission of InfraGard is to foster an information sharing partnership between the FBI and the private and public sectors for the purpose of protecting the nation’s critical infrastructures against attacks or failure caused by either foreign or domestic threats, and to support all FBI investigative programs, especially Counterterrorism, Counterintelligence and Cyber Crime. Nationally recognized, InfraGard Louisiana currently has 1,204 members assigned to four subchapters (New Orleans, Baton Rouge, Acadiana, and North Louisiana).

The Port of South Louisiana is a 54-mile port district on the Mississippi River between New Orleans and Baton Rouge, encompassing the parishes of St. Charles, St. John and St. James. The facilities located within the port’s district consistently handle over a quarter billion short tons of cargo annually, ranking it the largest tonnage port district in the Western Hemisphere, the nation’s greatest grain exporter, and the No. 1 energy transfer port in the United States. Along the 108 miles of deep-water frontage on both banks of the river there are seven grain transfer facilities, four major oil processing plants, 11 petrochemical manufacturing facilities and several other facilities for a total of more than 50 docks owned and operated by an impressive group of resident tenants such as ADM, ArcelorMittal, Dow, Cargill, DuPont, Shell, Marathon, Shell, Nucor Steel, Occidental, Valero, and Occidental Chemical. To learn more, visit us at www.portsl.com or follow the Port of South Louisiana on social media.