The Anti-Federalists had a great fear about the Constitution cobbled
together at Philadelphia in 1787:  It would, over time, centralize
government power to a dangerous degree.  And that is exactly what has
happened.  From the day it went into effect in 1789 to the election of
President Lincoln, there was a struggle in Washington, D. C., between the
centralizers and the decentralizers.  With the implementation by force
upon all the States of Mr. Lincoln’s ideology of an all-powerful
federal government, the centralizers gained the ascendancy and have
held it from that time to today.

If that were not doleful enough, the federal government has grown even
more obnoxiously heavy-handed in recent years under both Republicans
and Democrats:  the Patriot Act, No Child Left Behind, the Affordable
Care Act, not to mention various federal Supreme Court rulings made by
supposedly conservative justices (Obergefell and Bostock being amongst
the worst).  And even worse laws, orders, rulings, etc., most likely
await us during President Biden’s administration.

It is now imperative to remember a crucial truth about the federal
government:  The States are its creator, not the other way around.  By
virtue of this, each State, not the federal government, has the final
say as to which federal acts are constitutional and which are not.

The action by which a State vetoes a federal act within its boundaries
is known as nullification.  In order to encourage the use of this
legitimate power of the sovereign States to protect themselves from
the federal government here in Louisiana, we are reviving the
Louisiana State Sovereignty Committee (LSSC).  Our web page is at this
address:  https://lastatesov.wixsite.com/lssc .

The LSSC does not exist to promote a political party, an ideology or
any other such idols.  We are not for the ‘Left’ or the ‘Right’.  Both
of these are problematic:  The Left clamors for an unhealthy
collectivism; the Right, for an unhealthy individualism.  But the
traditions, the culture, of Louisiana were born before there was a
Left or a Right, when there was a more or less peaceful harmony
between the needs of the community and those of the individual, what
Richard Weaver called ‘social bond individualism’.

It is this ancient heritage of Louisiana that the LSSC seeks to shield
from the Washington, D. C.,/globalist predators, this precious culture
rooted in land and memory; blood, songs and rivers; graves and
hearthstones; churches and saints.

Is nullification a magical cure which will put right everything that
is going wrong in Louisiana?  No, it is not.  But it is a powerful
weapon that can benefit us greatly in the days and years to come as we
strive to keep our humanity and our Christian patrimony intact.

To all of our brothers and sisters in Louisiana, therefore, we say,
‘Come and join the LSSC in the arena and fight with the fiery sword of
nullification!’ 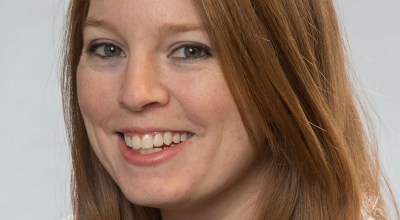