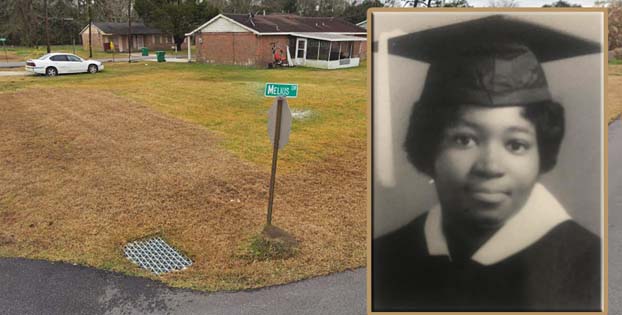 LAPLACE — An ordinance that was two months in the making was approved by the St. John the Baptist Parish Council this past Tuesday night, seemingly paving the way to add the nomenclature “Christina Marie Green Davis” to the existing Melius Drive in Reserve.

The issue first arose in December when Councilwoman Tonia Schnyder proposed adding the nomenclature in recognition of Davis, who was a pioneer in desegregating schools in St. John the Baptist Parish. In the spring of 1965 the parish was ordered to desegregate schools on a voluntary basis, and in August of that same year Davis was the only student in the parish who took advantage of the order, entering Leon Godchaux High School as a senior, where she would graduate.

During the December meeting, council members were in agreement that Davis represents the epitome of someone deserving to have a street named in their honor. However, Councilwoman Tammy Houston said Schnyder, who represents District 6, disregarded generally accepted council protocols by making a proposal to honor someone from District 3, which Houston represents. Some council members even suggested holding a workshop to garner public input.

Since then, the council had been considering a governing ordinance.

At one point during Tuesday’s Zoom meeting, Councilwoman Tyra Duhe-Griffin expressed a desire to discuss the ordinance further, but, because of a problem with her Internet connection, that request came after the roll call vote had commenced.

A copy of the ordinance is included below.

Additionally, council members approved installing approximately 10,100 linear feet of 12-inch force main to reroute sewage from the Belle Pointe Treatment Facility to the Reserve Oxidation Pond. Once the estimated $1 million project, which is being funded through the 2010 bond issue, is completed, the Belle Pointe facility will be dismantled.

An Ordinance of the St. John the Baptist Parish Council implementing a Parish Recognition Program for Renaming Public Streets and Public Property.

WHEREAS, the St. John the Baptist Parish Council have expressed a desire to honor deceased individuals with dedication or renaming of certain public streets, and;

WHEREAS, there is a need to establish criteria and a process for selection of names for certain public streets.

NOW THEREFORE, THE ST. JOHN THE BAPTIST PARISH COUNCIL DO ORDAIN AS FOLLOWS:

(3) No public street shall be renamed unless 51% of the property owners agree to change the name of a street before it can be placed on the Council’s agenda.

(4) The name of a street that is located within a designated historical district shall not be changed unless there are compelling reasons for the change.

(5) If a person or family member donates property to the parish, their wishes to name the property shall be considered favorably, except in no case shall the property be named for a living person.

(7) The parish Council shall be the final authority for naming public property.

The procedure for renaming public property in St. John the Baptist Parish is establish as follows:

(1) No public property shall be renamed unless an ordinance has been introduced before the parish Council, which shall include, as a minimum:

A. Application requesting a name change

B. If the property to be named or renamed already has a name, the origin and the significance of the existing name and any historical facts about the name.

F. A petition requiring the consent of 51% of the property owners of the street.

(2) The Ordinance shall not be adopted for 45 days.

(1) The council secretary shall advertise the proposed renaming to be run not less than one time in the Official Journal of the Parish, stating the existing name, the proposed new name, the reasons for the change, and the date that the council proposes to take action on the

(2) Written notice shall be given to all property owners. The ordinance shall not be adopted unless a petition is received containing the consent of the owners of 51% of  the property on the street.

B. After the above requirements are met, the district council representative, where the public street is located shall, bring the ordinance to the council for adoption.

C. This procedure shall not apply to the initial naming of public streets of the Parish.

(3) Within 14 days after the effective date of the ordinance renaming a public street, the council secretary shall send written notice of the name changes to all property owners, the United States Postal Service, the St. John Parish Sheriff’s Department, the Director of the 911 Communications System, the Director of Public Works, the St. John Parish School Board, and such other persons or agencies as that may deem appropriate.

(4) Within 30 days after the effective date of the ordinance renaming a public street, the department of public works shall install appropriate street signs containing the new name of the street.