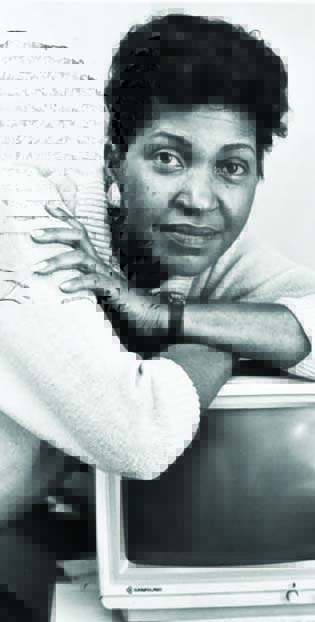 VACHERIE — Claudette Raphael is known throughout the River Parishes as an excellent seamstress, but few are aware of the strides she has made in her lifetime to pave the way for other African Americans in the local community.

Raphael was the first African American woman to work at the Bank of Vacherie, now known as First American Bank and Trust. After working as a professor at Southern University, Raphael went on to become the first chief financial officer of St. John the Baptist Parish under Parish President Arnold Labat.

Raphael always believed in working hard to get where she wanted to in life, and holding a position of magnitude in parish government showed just how far she had come. Her father worked in the field and maintained a small barbershop, while her mother was a homemaker and a seamstress. Her parents wanted nothing more than for their children to get an education and build a successful life.

Growing up in Vacherie, segregation was the norm. Having to use a separate entrance to a store near her house was to be expected, but attending the integrated Southern University helped to expand her worldview.

After graduating from high school in 1965, Raphael would take a bus from Vacherie to Baton Rouge to attend college classes. She was working in the controller’s office by the time she obtained her bachelor’s degree in business in January 1969.

In 1970, Raphael went to work for the Bank of Vacherie. The pay was lower than what she was making at Southern and she was technically overqualified for the job, but she was happy to be closer to home.

“It was nice, and I was treated very well. When I was interviewed, I was told they joke around a lot, and if I ever felt uncomfortable with it, just let them know. We got along real well,” Raphael said.

There were some occasions when customers who walked in passed by her open window to be serviced by someone else, but Raphael wasn’t offended. If they wanted to wait in line longer, so be it.

“Eventually it stopped, and I can’t ever complain that I was disrespected by the employees, the boss or the board members,” Raphael said. “The job didn’t pay much, but I realized after I left that it opened the door for other black people to become employed at banks.”

Raphael began attending grad school at night at Nicholls State University to earn her master’s degree. She was offered a fellowship to go full-time to school and teach two classes, which meant she would only be able to work at the bank on Fridays.

Her boss understood; given the fact that women could not be promoted at the bank during that time, he encouraged her to do whatever she needed to do to better her future.
After obtaining her master’s, Raphael returned to Southern University in the mid 1970s and taught accounting, business finance and marketing, among other classes.

Raphael did not want a position where she would be constrained behind a desk while others did the important work. She was ensured that the new position would come with plenty of responsibilities.

Under the tenure of Parish President Arnold Labat, Raphael built a finance department from the ground up. She was in charge of preparing 50 budgets, giving the parish president monthly reports, preparing bond schedules and supervising the day-to-day operations of finance employees.
There was a time when Labat and Raphael had to travel to New York to receive a $7 million check in person. At first, the man sitting across the table reached over to hand the check to Labat.

Labat stopped him, saying, “I’m the parish president. The check goes to the finance director.”

“That’s how much confidence he had in me,” Raphael said. “I appreciated that.”

When Labat’s term ended and a new administration came in, Raphael left to work with underprivileged students and help them attain job training. She eventually returned to the finance director position for several years when Labat was re-elected to office and brought his team back. By the time Nickie Monica became parish president, Raphael was ready to work a job that was less demanding so she could spend more time with her daughter.

RaeNell Augillard is proud of what her mother has achieved in her lifetime. Most of all, Aguillard is happy to have grown up with such a wonderful role model.

“When I came up, she was already teaching at Southern, so I grew up in the classroom with her. There was no other school I wanted to attend. I went to Southern, following in her footsteps,” Aguillard said.

While she works in mental health instead of business, there have been several parallels in their lives. Like her mother, Aguillard obtained her master’s degree and welcomed her only child at 28 years old.

As they watch Aguillard’s son grow up, they reflect on the state of the world. Some of the events of 2020 were disheartening to say the least and made Raphael feel like some people are trying to push society back to times of blatant inequality. Yet, there are also more people who stand against hate and fight for a better future.

Some great memories came from watching Aguillard’s son thrive at St. Joan of Arc Catholic School, where students and staff looked beyond color and loved him for who he is.

As she reflects on her life and career, Raphael reminds the younger generations that freedom is found in the ability to think independently, make choices and not let others force you into situations that are morally wrong.