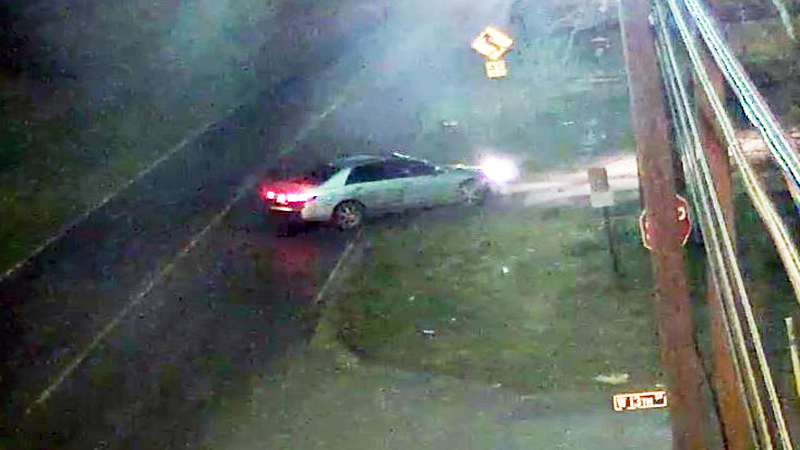 Detectives with the St. John Parish Sheriff’s Office are seeking the public’s assistance in locating this vehicle and the driver, who is a person of interest in a shooting that occurred Wednesday, February 3, 2021 in Wallace. About 11:40 p.m., officers responded to a call for service in reference to a vehicle that crashed into a ditch and a suspicious subject walking along Hwy. 18 in Wallace. Upon arrival, officers located the subject, who was driving a white 2004 Ford Mustang that crashed into a ditch, after the subject was shot. Through investigation, officers learned that the driver was traveling westbound on Hwy. 18 where an unknown vehicle fired gunshots at the driver. After the gunfire erupted, the victim crashed into a ditch alongside Hwy. 18. Detectives located multiple spent rifle cartridges along Hwy 18. Moments after the shooting, video surveillance captured this silver car stopping off of Hwy. 18. An unknown subject exits the car and removes a temporary tag off the rear of the vehicle then proceeds eastbound along Hwy. 18. Anyone with information about this shooting and the pictured vehicle is encouraged to call Det. Sergeant Joshua Masters at 504.494.3500 or 985.359.8644. People also may call the St. John the Baptist Parish Sheriff’s Office TIPS line at 985-359-8764 or 985-359-8816 or submit a tip on the Sheriff’s Office website at http://stjohnsheriff.org/submitatip.php