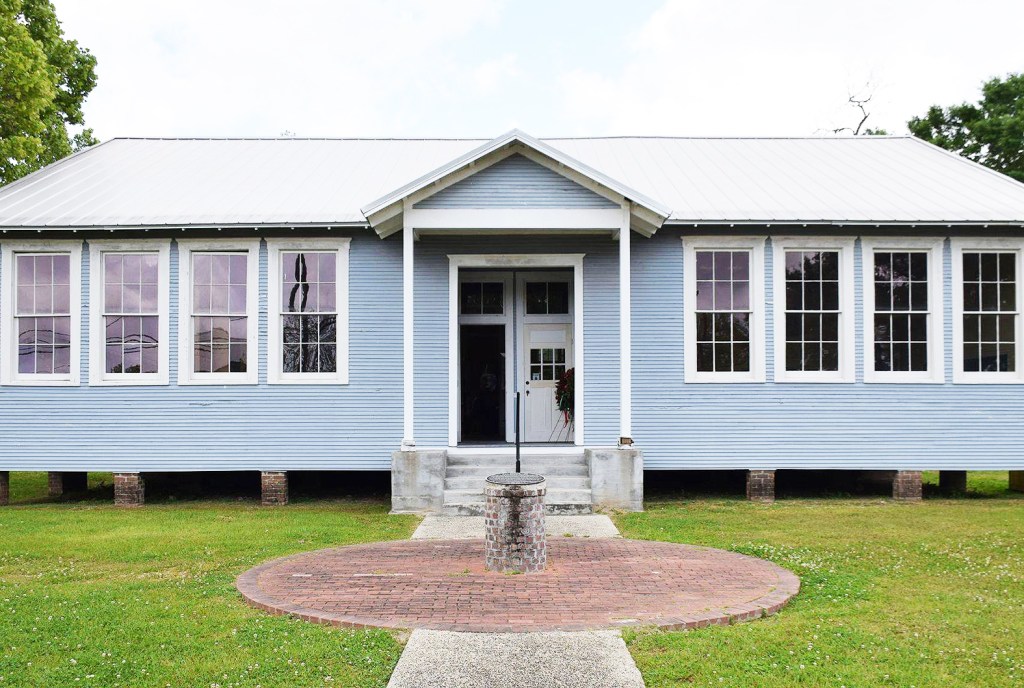 DONALDSONVILLE — For more than 20 years, Shell Oil Company and the River Road African American Museum have worked in partnership to preserve and promote Black history in Southeast Louisiana.

Shell’s donation to the RRAAM Rosenwald School for Education, Culture and History will introduce the public to the most important initiative to advance Black education in the early 20th Century when it opens to the public in summer 2021.

Without equal access to education, Black children in the early 1900s did not have a fair chance of chasing their dreams or climbing the social ladder. Informal educating was done in churches in some communities, but there was little opportunity for education in a school setting, especially in rural areas. Many African Americans at the time felt confined to a life of agricultural work, much like their enslaved ancestors.

That changed when Julius Rosenwald and Booker T. Washington built state-of-the-art schools across the American South. Each Rosenwald school was a statement of equality for African American children, instilling community identity and hope for a brighter future.

Despite the Rosenwald schools’ historical significance and the fact that more than 5,000 existed at one time, few remain in Louisiana today. One of those schools was relocated from the Romeville community in St. James Parish.

Todd Sterling, board chair for the River Road African American Museum, said a newly renovated RRAAM Rosenwald School for Education, Culture and History is projected to open to the public this summer at 511 Williams Street in Donaldsonville.

“We’ve had the Rosenwald School for about 20 years. Fortunately, with the support of Shell, we’ve been able to start the process of renovating it. Once we have it renovated, we’ll have some education exhibit items,” Sterling said.

“We’ll have a schoolroom of what a Rosenwald School would have looked like in the early 1900s when there were 5,000 schools across the South. We’ll have a room in the back for  cultural, educational, possible musical events around the Rosenwald School and the things we do at the museum. We’re bringing the property back to let people see what it was used for.”

Sterling said the Rosenwald School will be a great testament to education and culture, as well as a unique opportunity to bring tourism to the region.

“Now there are only four Rosenwald Schools left in the state. Most of them got repurposed and used for other things. As time went on, they got torn down. In a couple of places, people had foresight to preserve them,” Sterling said.

“It’s important to know where you come from. Unfortunately, African Americans weren’t always given an opportunity to get an education. This shows how far we’ve come.”

Another product of the partnership between Shell and the River Road African American Museum is the protection, preservation and beautification of two unmarked slave burial grounds that were discovered in 2013 by an archaeologist working for the Shell Convent Refinery.

Upon discovering the burial grounds, which serve as the final resting place for more than 1,400 people who once worked on Ascension Parish plantations, Shell and RRAAM made it their goal to mark the cemeteries so descendants may visit the site and pay their respects.
Shell has also commissioned an archaeological and genealogical study to learn more about the sites.

Many of today’s industrial sites were once plantations that had cemeteries, according to Sterling.

“Unfortunately, some of those cemeteries where slaves were buried were unmarked. Shell found two of them on their property when they were going to do some expansion. They decided to take them out of commerce as far as cane planting and started working with the River Road African Museum and an organization called the River Road Slave Burial Ground Commission,” Sterling said. “We help them take those cemeteries out of commerce and also do some education on who is potentially buried there while protecting those cemeteries with funds and signage.”

Shell and RRAAM held a memorial service in honor of the people buried in the cemeteries.

“For over 20 years, we have worked in close collaboration with the River Road African American Museum to preserve, protect and promote Black history and culture. A long-time advocate of diversity, equity and inclusion, we have and will continue supporting various programs and initiatives,” Hardy said.

“Most recently, we’ve contributed towards renovating the museum’s historic Rosenwald School building, which when completed will provide new opportunities and resources to not only Donaldsonville, but the surrounding region as well. Committed to being a good neighbor, we support organizations like the River Road African American Museum to help create a diverse, equitable and inclusive community.”

The River Road African American Museum can be visited virtually at aamuseum.org. More information is available on RRAAM social media sites, including Facebook, Twitter and Instagram.