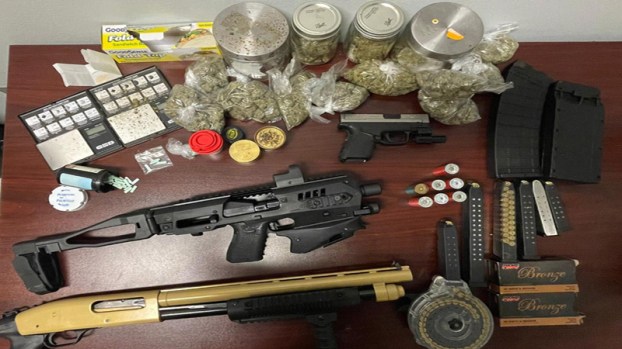 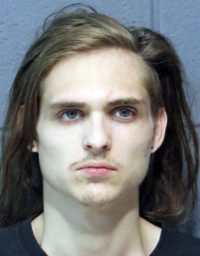 Jordan Tyler Perilloux, 24, of LaPlace was arrested Thursday, February 4, 2021 for illegal drugs and gun violations after the St. John Parish Sheriff Office received a narcotics complaint from the community.
Upon receiving this anonymous tip, the Special Operations Division immediately began an investigation of Perilloux in reference to his involvement in the distribution of illegal narcotics in the parish.
During the course of the investigation, detectives executed a search warrant on Perilloux’s residence in the 200 block of Concord Drive in LaPlace and discovered about 315 grams of marijuana, 86 Xanax tablets, a shotgun, two pistols, miscellaneous drug paraphernalia, and miscellaneous firearm accessories and ammunition. Perilloux was arrested and charged with illegal use of controlled drug in presence of persons under 17 years old (misd), possession with intent to distribute Xanax (alprazolam) (felony), possession with intent to distribute marijuana (felony), and illegal carrying of weapon w/controlled dangerous substance. He also was wanted on a contempt of court warrant (misd) for prohibited acts, drug paraphernalia (misd).
Perilloux is being held in custody in lieu of an $86,669.50 bond.
The SJSO diligently works to identify, investigate, and arrest drug dealers. If you have information about illegal drug activities in the community, you may report this information anonymously and possibly be eligible for a reward by calling Crimestoppers at 504-822-1111 or submitting tips on the SJSO website, http://bit.ly/3tvRnj
You Might Like