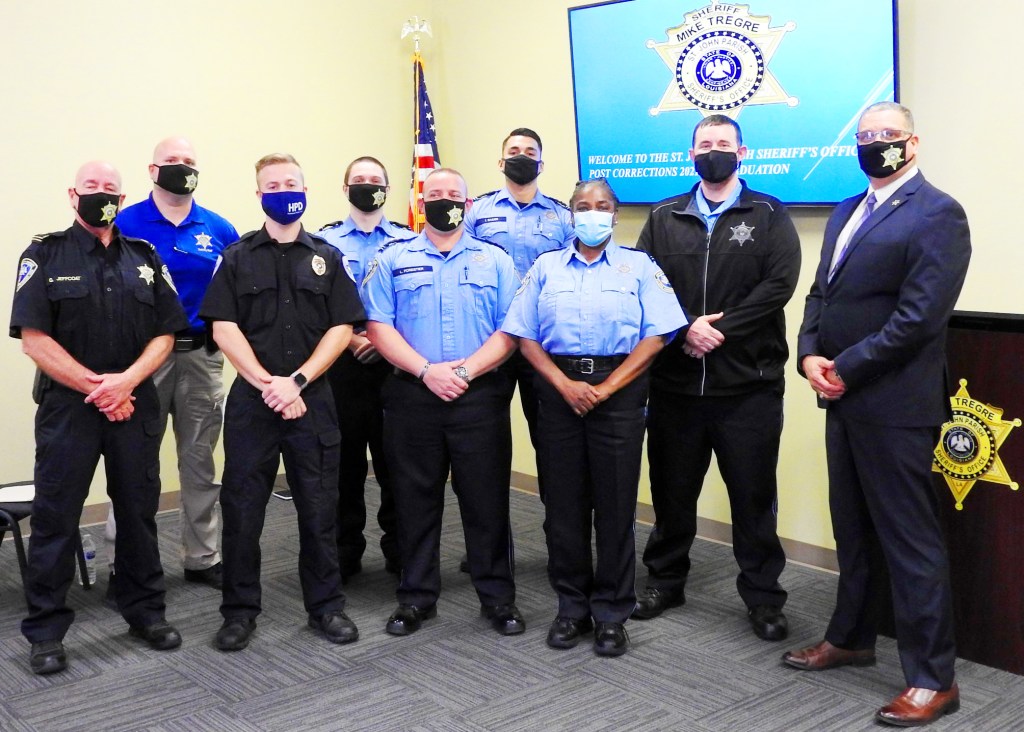 LAPLACE — The St. John Parish Sheriff’s Office recently held its 10th class for Peace Officer Standards and Training for Correctional officers. Officers from the SJSO who participated in the 110-hour POST Corrections training graduated January 26, 2021 during a ceremony at Patrol Headquarters in LaPlace.

Graduates are Frieda Fluence, Lawrence Forestier, Gage Thomas and Isaac Sader of the SJSO; and Carson Andries of Hammond Police.

Sheriff Mike Tregre congratulated the officers on their successful completion of this difficult course.

“Corrections training and working in a jail are not easy,” Sheriff Tregre said. “But working in a jail will teach you a lot of lessons that can lead to success in your life. You learn how to interact with people. You learn about patience and tolerance … problem solving…. teamwork. Dealing with incarcerated people…. help you develop life skills.”

Captain Geo Giovingo, the lead instructor, told the graduates to continue to work hard, be safe and stay humble.

“Keep learning, listen to others, ask questions,” Captain Giovingo told the officers. “Working as a corrections officer can lead to a variety of careers in law enforcement.”

Warden Gordon Jeffcoat had one suggestion for the new Corrections officers when dealing with inmates. “Always be firm, fair, and consistent,” he said.

Captain Giovingo said he grateful to the outstanding teachers who worked with students. “It takes teamwork to make this training successful,” he said.

Officer liability, inmate rights, transporting and escorting inmates, functions of a jail, principles of jail security, suicide prevention and booking, classification and release procedures were among the topics discussed.