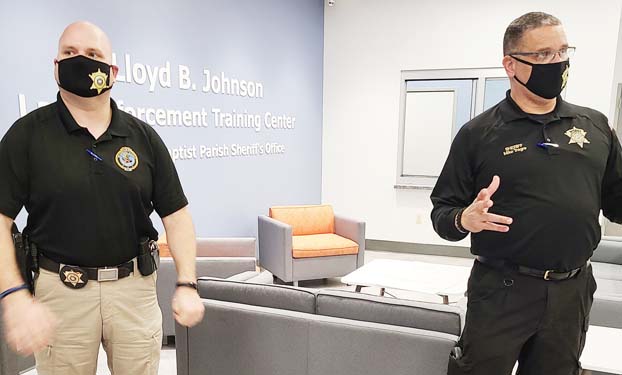 The facility will offer meeting space for community groups in 2021. Rape Aggression Defense, hunter safety, CPR, Stop the Bleed and concealed weapons permits are among the courses that will be available to the public. According to Sheriff Mike Tregre, those with an appointment will have opportunities to train using weapons.

Members of the public can also participate in simulations that reflect real life situations including traffic stops, domestic violence calls and dealing with armed individuals.

The simulations will also be used to enhance law enforcement training, according to Tregre. With all that has transpired over the past year, he said effective training is more crucial than ever.

“Training is everything. Whenever an officer is involved in an incident, training is one of the first things people are looking at. I think we are building a facility that will be beneficial to law enforcement across the country for the next 50 years,” Tregre said. 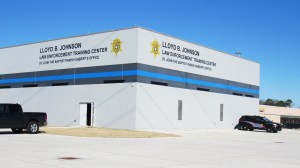 The scope of training has expanded since Tregre started his career in law enforcement. Officers must be equipped to deal with electronic crimes, computer viruses and ransoms. Meanwhile, police are gaining new tools to save lives in emergency response situations and participating in racial and cultural intelligence training to better serve the public.

Having a local training facility will not only increase efficiency by allowing more officers to train at one time; it can also benefit the local economy by promoting travel to the River Region.

“My ultimate goal is to fly instructors here instead of having officers from St. John have to catch a flight or get a rental car and stay in a hotel to go to a seminar,” Tregre said. “Agencies from across the state and country can fly into to New Orleans International and stay at our hotels. They can train onsite at our facility.”

Other features of the Lloyd B. Johnson Training Center include indoor shooting ranges and a classroom instruction area that can accommodate up to 100 people. A full kitchen will become a site for inmates to develop culinary skills with help from a certified instructor. Upon leaving prison, individuals searching for jobs will have a certification and a reference.

The training facility will also include a workout facility/physical fitness center and a mock jail cell to teach officers to handle situations that may arise in a correctional facility.

The training center is named after Lloyd B. Johnson, who served St. John the Baptist Parish as sheriff for 20 years. Captain Chip Wale is overseeing the project along with Captain Blane Rome Jr. According to Chief Civil Deputy Jeff Clement, the construction comes at a cost of approximately $10 million and will be paid for by the department’s current revenue, with no additional cost to taxpayers.

Local Pastor Laurie Adams was among a group of clergy members who recently toured the facility. Prior to the tour, she saw the construction site from her car and wondered what the purpose of the building would be.

“During the tour, every aspect of the building was explained. It was rewarding for me to see and understand why some things occur. It was encouraging to know that the sheriff has a very good vision concerning the community,” Adams said. “We talked about how the relationship between police and the community can be more engaging. I was impressed by some of the equipment that I saw there to help not just the police officers, but there were things in place to help the citizens of the community as well.”

Adams’ mother, a retired St. John the Baptist Parish lieutenant, joined her on the tour. Adams was impressed to hear how much training opportunities have expanded since her mother was with the department, when something as simple as visiting a shooting range required more than 30 minutes of travel. It made her think about the past, present and future of law enforcement not only locally, but across the country.

Moving forward, Adams would like to see more positive engagement between youth and law enforcement.

“I know we have a long way to go, but at least we’re not where we used to be with the old, antiquated methods,” Adams said. “We can see a ray of hope. Hope is always good.”