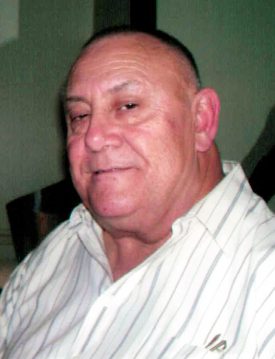 Leslie Joseph “Lester” Naquin passed away on Friday, January 15, 2021at the age of 79.  He was a native of Schriever, LA and a resident of LaPlace, LA.  Leslie graduated from West Jefferson High School in 1960.  He proudly served his country in the U. S. Army and then worked for Pellerin Milnor in Kenner and later retired from the St. John Sheriff’s Office as a correctional officer.  Lester enjoyed fishing with his grandsons and was an avid football fan of Riverside Academy and the New Orleans Saints.

Relatives and friends are invited to attend the Visitation and Funeral Mass at St. Joan of Arc Catholic Church, 529 W. 5th St., LaPlace on Wednesday, January 20, 2021.  Visitation at the church from 10:00 a.m. to 1:00 p.m.  followed by the Funeral Mass at 1:00 p.m.  Interment in St. John Memorial Gardens Cemetery, LaPlace.