The Unrestricted Woman; Local pastor shares her story of being ‘Broken, Bruised & Bleeding’ 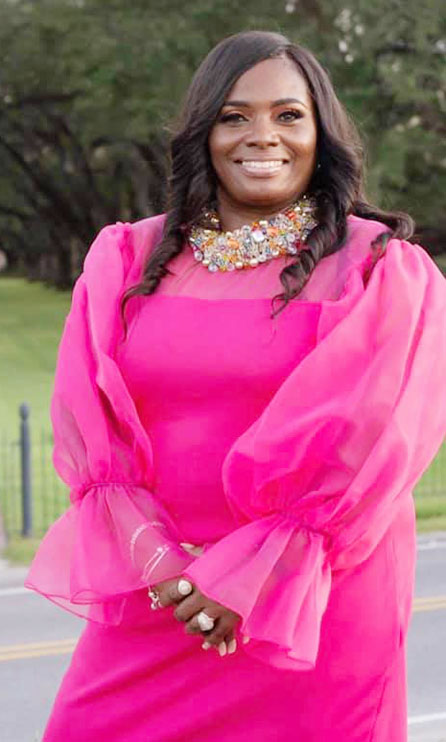 EDGARD — Pastor Kim Bailey of Edgard was among 17 women who came together to share their stories of triumph in a new anthology called “The Unrestricted Woman: My Past Could Not Hold Me Captive.”

Pastor Tonya B. Ratliff compiled the book to show women that restrictions are boundaries that hold back and stagnate one’s purpose. Ratliff hopes the testimonies in the book will inspire others to break free and find healing, deliverance and empowerment.

From the time she was a little girl, Bailey knew she had a divine calling for her life. She was always deeply involved with church life, taking part in liturgical dance and the gospel choir. Most of all, she always had a passion for helping people.

Later on, when a trusted pastor at a women’s retreat told her God was calling her into ministry, Bailey admitted, “It was something I kind of already knew.” The pastor told her not to worry about her family; if she was obedient and did what God called her to do, her family would fall in line.

That promise from God became apparent when her husband survived an 18-foot fall at his job – the same type of fall that had killed his brother only a few months earlier.

“While I was in the hospital with him those couple of months, I prayed, I studied, I meditated, and when I got out and got back to the ministry, my pastor told me God had told her about ordaining me,” Bailey said. “After that, I accepted the call.”

Bailey was ordained as a minister. Three years later, she was promoted to elder, and three years after that, she was promoted again to pastor. Through her outreach ministry, Changing Lives One By One, Bailey is ministering live from her home on Facebook. She is also active in her community, donating time to helping the homeless in New Orleans and the widows in her community.

But it has not always been easy sailing. Being responsible for helping others sometimes made it feel like there was no one to help her. She isolated herself from others as trust issues began to fester. Some days, she would walk inside her home and fall to her knees because the hurt was so unbearable.

“That’s where the isolation came in, just not wanting to go anywhere or be around people. I just wanted to stay to myself. I almost wanted to not preach anymore,” Bailey said. “People kept calling for prayers. I was still getting assignments, and my husband would tell me I couldn’t quit because people were depending on me. I remember asking God, ‘How can nobody see that I’m bleeding? You’re sending me to help other people, and I need help.’ There were days I needed a hug or someone to tell me I would be okay.”

Bailey’s state of mind improved with prayer and with support from others in the church that noticed something was off. Bailey began meeting with women in a supportive group called, “Broken Crayons Still Color.”

“I always had a passion for helping people fulfill their purpose in life. A lot of times, if you are not aware of who you are, you begin to be who everyone else wants you to be and not who God has called you to be,” Bailey said.

Bailey met Tonya B. Ratliff at a conference, and the two women formed an instant connection. When Bailey shared her story for the book, Ratliff was touched because she had experienced the same loneliness.

“All of our lives have been changed and transformed, and we are all walking in the purpose that God has called us to. A lot of people out there are hurting and afraid to say what they have been through. They are afraid to talk about it because they are afraid people are going to judge them,” Bailey said. “When I released the book God allowed me to write, I prayed over it. I said God, for every person that reads this book, let this be a life-changing experience for them. Let them find their purpose in life and find who they are through these women’s testimonies.”

“The Unrestricted Woman: My Past Could Not Hold Me Captive” is available in paperback and Kindle format on Amazon.