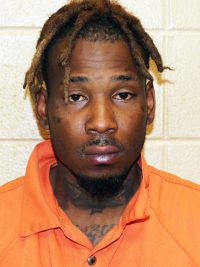 CONVENT — At about 4:30 a.m. on Thursday, Jan. 7, the St. James Parish Sheriff’s Office responded to a shooting that killed one woman and injured a man at 6249 Convent Station Drive.
Responding deputies discovered Carlos Washington had shot two people inside the residence and had barricaded himself inside with his 6-year-old son.
While deputies were attempting to enter the residence, Carlos Washington fired a single shot. Deputies were forced to retreat and began negotiating with the suspect in an attempt to get his son released unharmed. During the negotiations, the suspect exited the front of the residence with his son while armed with a pistol. Deputies were successful in convincing the suspect to release his son and give himself up.
Deputies entered the residence and discovered Anita Jacobs, who is the mother of the suspect, had succumbed to a gunshot wound to her head. The second individual shot, Don Jacobs, who is the stepfather of the suspect, was transported to Our Lady of the Lake. Mr. Jacobs sustained a gunshot wound to his shoulder.
Carlos Washington was arrested and transported to the St. James Parish Sheriff’s Office and will be charged with Second Degree Murder and Attempted Second Degree Murder.
Released by: Sheriff Willy Martin, Jr.
You Might Like

Ochsner Health has partnered with Governor Edwards and the Louisiana Department of Health (LDH) to bring the COVID-19 vaccine to... read more