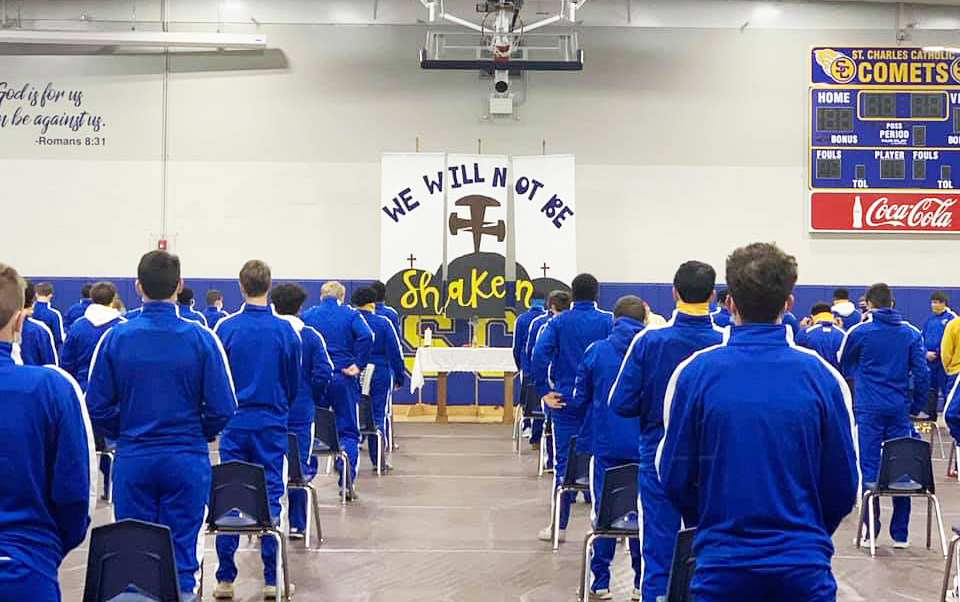 LAPLACE – Six months ago, the St. Charles Catholic Comets started preparing for a football season that wasn’t even guaranteed to take place.

Uncertainty surrounding the COVID-19 pandemic meant every chance to play was a blessing. And the Comets played hard from the moment they took the field in October, tackling a rugged schedule head-on with tenacity and perseverance.

St. Charles Catholic came up one game short, falling for the second year in a row to Lafayette Christian Academy in the Division III state championship. While the Comets did not leave Natchitoches this week with the elusive state title, SCC head coach Frank Monica said Monday’s loss did not detract from a successful 2020 season.

The championship game showed great defensive fortitude on behalf of the Comets, who held the Lafayette Christian Knights to only 12 points. The Knights’ first touchdown came early in the first quarter, while the rest of the game proved to be a defensive battle between the two teams. The final score was 12-7 in favor of the Knights, a far cry from last year’s 41-14 blowout.

“I thought we had great effort from our guys,” Monica said. “We were outmanned from the very beginning. We knew that. Our defense gave us an opportunity to get back in the ball game, but we didn’t capitalize on a couple of things. There are a couple of plays I wish we could go back and do differently in the fourth quarter, but I’m very, very proud of my football team. We had a season, and that was the No. 1 thing with all of the COVID issues that were going on.”

St. Charles Catholic avoided multi-week game cancellations that plagued numerous schools across the Louisiana High School Athletic Association as contact tracing protocols put many young athletes into quarantine. The Comets were just as lucky on the physical end; the kids that started the season in October ended the year without injuries.

That manpower was needed as SCC took on fearsome opponents. The Comets pulled out wins against larger teams, including 4A Franklinton and 5A schools Slidell and East Ascension. The only two losses prior to the state championship came against De La Salle and Isidore Newman, the latter of which was propelled by superstar quarterback Arch Manning.

Monica said the tremendous support from fans and the community helped the team rise to the challenge.

“We had a rugged schedule. There was nobody on our schedule that was easy. Every one of them was a challenge, and more importantly, most of our games were on the road. We only had two regular season home games, and that took its toll on our football team,” Monica said. “We were beaten by De La Salle and Newman. Those games were sandwiched between some other tough games, so we didn’t have a chance to catch our breath, especially when going on the road for three consecutive weeks. That was not easy, but we said from the very beginning, even through COVID, that we just wanted to play. We came up just one game short.”

St. Charles Catholic has a large junior class and expects to return six starters on defense. According to Monica, the strong defensive line has been instrumental to the Comets’ success this year. SCC will also have a few offensive linemen returning to play in Fall 2021.

Next year’s schedule hasn’t been finalized, and St. Charles Catholic learned this year that nothing is promised.

“We went into this season without any real expectations of what was going to take place,” Monica said. “When you look back at it, at least we had a season we can be proud of.”