Settling into retirement, Judge Madeline Jasmine reflects on 30 years on the bench 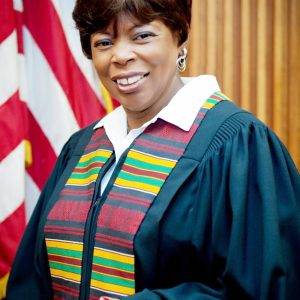 The Honorable Madeline Jasmine started college with intentions of becoming an international social worker, but her true calling was right at home.

For the past 30 years, Jasmine has served St. John the Baptist Parish as the Division A Judge of the 40th Judicial District Court. She was a trailblazer from the start as the first African American elected to the position at a time when there were very few people who looked like her in public office. Her dedication to shaping the lives of disadvantaged youth, rehabilitating defendants through drug court and participating in numerous civic organizations has had an unimaginable impact on the community.

Most importantly, Jasmine has always strived to make litigants feel seen and heard in her courtroom. Now settling into a well-earned retirement, Jasmine can hang up her robe and feel confident that her presence has made a difference.

“I ran on a very simple platform, and I really believe every man deserves his day in court, regardless of whether he can afford representation,” Jasmine said. “I’ve tried to do that, and I have tried to implement that in everything that I do. There are programs we have started, such as drug court and mentoring of young people, because I found that a lot of young people in the system are crying for help. We not only have to apply the law, but we have to be able to listen to everyone.”

As Jasmine departs from the bench, Judge-Elect Vercell Fiffie will bring a new face to the Division A seat for the first time since 1991. His term begins on January 1, 2021, just one day after Jasmine’s term expires on Dec. 31, 2020.

“I’m still eligible to run, but most of my friends who are my age and my younger sister are all retired,” Jasmine said. “They have been sort of egging me on, saying we can do things now if you weren’t still working. I always told myself that when it’s time for me to retire, I’ll know. I prayed about it, and I made the decision not to run again because I knew there were some younger people who were interested but would never run against me, Mr. Fiffie being one of them.”

Retirement will be a new journey for her, but she is assured that the future of the 40th Judicial Court is in good hands. Jasmine knows her family needs her, especially in light of the recent loss of her sister from COVID-19.

There’s also a lot to look forward to. In addition to relaxation and a chance for girl’s trip adventures, Jasmine is most excited about spending quality time with her 2-year-old granddaughter.

Jasmine reflected on her journey in the legal field, which was largely inspired by the hard work and dedication of those who came before her.

“When I first went to college, this was not my plan. I wanted to be an international social worker; that was my goal,” Jasmine said. “However, I took business law as an elective early on, maybe in my second year.”

The class piqued her interest and led her to pay attention to how the legal field impacted every facet of her community. The district attorney at the time seemed to be the go-to person to handle everyone’s business in St. John the Baptist and St. Charles parishes.

Jasmine remembers going to the Courthouse with her father on a Sunday to get some papers signed. Waiting in the hallway to see DA Murray, Jasmine thought to herself, “I’m going to be a lawyer, and I’m going to come back home.” 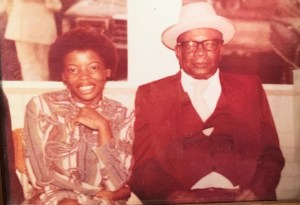 Jasmine believes that moment was a major turning point in her life.

She attended Loyola Law School in New Orleans and graduated in 1978. Her graduation fell on the same year as the local district attorney election. When Murray and Harold Morel made it to the run-offs, Jasmine got an assurance from both men that if they won, she could get a job. Morel won, and he kept his promise by hiring Jasmine as an assistant district attorney.

With so few African Americans represented in the local legal scene at the time, Jasmine felt blessed to bring diversity to the courthouse. 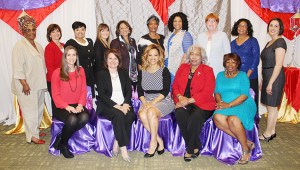 “I was in the office every day. My presence, I think, gave people a level of comfort to know that they were having their issues heard and thoroughly looked at,” Jasmine said. “I feel you have a level of comfort when you see someone who looks like you, who has experienced some of the things you’ve experienced, and you know your concerns are being considered.”

As an assistant district attorney, Jasmine oversaw all of the juvenile prosecutions. The unbelievable life stories she heard from young defendants made her realize that many of the juveniles who found themselves in the court were victims of circumstance.

Jasmine saw it as an opportunity to get further involved with juvenile court when St. John Parish was split into sub-districts for the election of judges.

With help from a team of volunteers, Jasmine made it to the December 1990 run-off election against Fred DeFrancesch for the Division A seat. In January 1991, she was installed as judge for the 40th Judicial District Court. 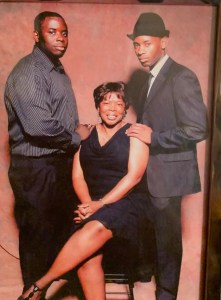 Madeline Jasmine is pictured with her sons, Prentiss and Denarold Anderson.

One of her accomplishments in office was starting a “Save Our Youth Day” to put young people in St. John the Baptist Parish on the right path. That torch has been carried on by her son, Denarold Anderson, who reinstated Save Our Youth Day to capture young people’s attention with inspirational speakers and exciting door prizes.

“My mother used to do Save Our Youth Day when I was younger. When Drug Court came about, she had to choose between the two, and Drug Court was more needed at the time. That’s what inspired me to take over Save Our Youth,” Anderson said.

He added that his mother has been a source of inspiration throughout his life.“I can’t put into words how she has inspired me, not only from being the first African American judge in the River Parishes. She helps people. That’s something that always stands out for me,” Anderson said. “She’s always been the type of person that will put the needs of others ahead of her own. It’s something that I saw growing up, and it’s something that I always wanted to do. She’s tried her best to be a blessing whenever possible, and I try to do the same thing in my life.”

Drug Court has been another way for Jasmine to re-invest in the people of the community. The 40th JDC Adult Drug Court of St. John the Baptist Parish was recently recognized for 20 years of service in March 2020 at the Louisiana Association of Drug Court Professionals.

Albert “Ali” Burl III, who has worked with the Drug Court for many years, said the program provides a helpful tool for bringing families back together and subverting crime in the community. Adult Drug Court ensures the accountability of its clients by promoting efficient practices, thorough treatment, help finding gainful employment, assisting in acquiring their GED and securing affordable housing. 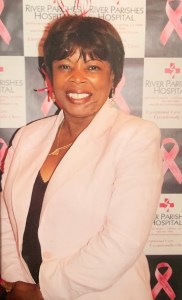 The Honorable Madeline Jasmine has participated in many community events, including a breast cancer awareness event at River Parishes Hospital.

Jasmine was a recipient of the Ernest N. Moral Judicial Pacesetter Award and the 11th annual A. Leon Higginbotham Jr. Award. She was honored to serve as Judge Pro Tempore on the Fifth Circuit Court of Appeal for several months from 2008 to 2009, and she is a past chair of the Louisiana Council of the NBA.

In addition to maintaining membership in several prestigious judges associations, Jasmine is one of the founding members of the St. John Alliance for Progress and the West Bank Civic Association, through which she has supported local schools and assisted the community in times of crisis. She is also a member of the Delta Sigma Theta Sorority and New Jerusalem Baptist Church. 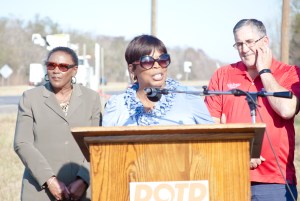 Madeline Jasmine spoke at a December 2019 ribbon cutting for a new traffic signal to increase motorist safety on Highway 3127.

“Thank you to the people who have allowed me to serve them for this many years. It has truly been an amazing journey, and I thank God for it,” Jasmine said. “I’m very grateful and humbled for this experience.”