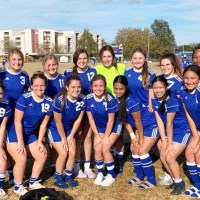 LAPLACE —The St. Charles Catholic girls soccer team is off to a great start! The team recently won two home games, defeating Ellender High School 6-0 and Kenner Discovery Health Science 4-3. The boys and girls are traveling throughout the Christmas break to play against various teams in the region.

The next soccer home games will take place during the first week of January. 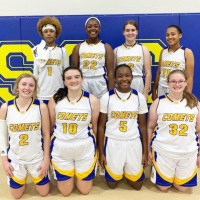 The Lady Comets basketball team defeated Haynes Academy in a thrilling 46-40 win last Monday. Top scorers were Mya Brown with 15 points, Alyssa Hooge with 12 points, Kaitlyn Abair with 10 points and Kaylee Brown with nine points. The team previously won against Northlake Christian and has taken losses against Archbishop Chapelle and St. James. The Lady Comets entered the week hoping to turn their luck around win an away game against St. Amant.
The next girl’s basketball home game will take place January 4 against Covington. Students and Century Club members are welcome to attend home games for basketball. Approximately 20 to 30 fans will be admitted on a first come, first serve basis or until capacity is reached.