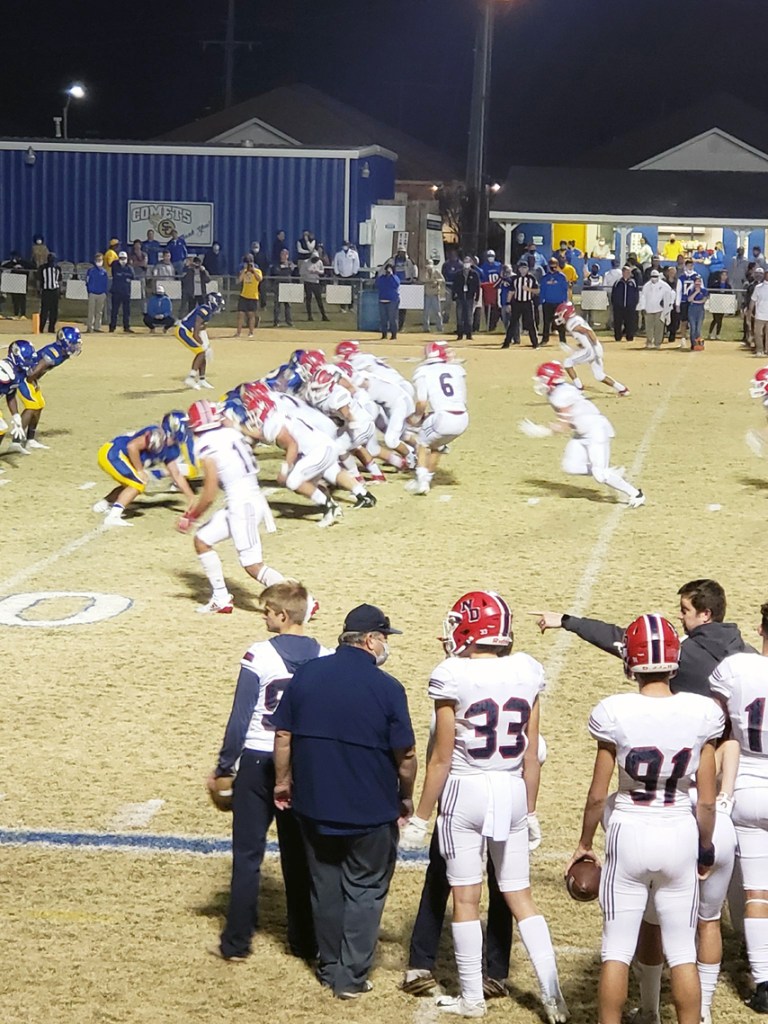 LAPLACE — For the St. Charles Catholic Comets, there would be no better Christmas present than settling unfinished business and leaving Natchitoches with the Division III state championship title.

It’s the second consecutive year the Comets have advanced to the championship, and the opponent remains the same. In 2019, St. Charles Catholic lost 41-14 to Lafayette Christian in the Mercedes Benz Superdome.

This time around, second-seeded St. Charles Catholic will take on No. 5 seed Lafayette Christian in a rematch for the state title at Turpin Stadium on the Northwestern State University campus in Natchitoches.

The Louisiana High School Athletic Association announced the change in venue last week in reaction to COVID-19 safety concerns and restrictions in the New Orleans area. The 2020 LHSAA Prep Classic will be played from Sunday, Dec. 27 through Wednesday, Dec. 30. The exact time of the St. Charles Catholic game is Monday, Dec. 28 at 7:30 pm.

St. Charles Catholic’s Frank Monica has 51 years of coaching under his belt, and he knows a good team when he sees one. Monica said his Comets are battle-tested and up for the challenge.

“When you play dynasties like Lafayette Christian, you have to continue to practice hard and be prepared. We’re going to try to prepare better than we prepared last year,” Monica said. “The thing about this this football team- we’re battle tested. We’ve played some of the best teams in the state to get to this point. We’ve played big people. We’ve played fast people. Our kids should not be in awe this time around. I hope we can find a way to win it at the end. Whatever it takes, like we did the other night. We have to be there in the fourth quarter with them. They try to get on top of you fast. They are well coached. We need to play together as a team and not turn it over, not miss tackles and all of the things that lead to victory.”

Lafayette Christian is 9-1 for the season, with only one loss against Acadiana in the season opener. Most of the Knights’ wins have been high-scoring shutout wins, including victories against Evangel Christian (51-0), Richwood (43-0), Port Barre (68-0) and Rayne (49-0). Lafayette Christian took on Isidore Newman, arguably one of the most talented football teams in the state, and came out with 21-7 win in the semifinals.

Even though the stakes are high in the state championship, Monica said it doesn’t change the job that needs to be done.
“The bottom line is we can’t worry about the consequences. We have to play hard nosed football,” Monica said, explaining that entails a resilient defense, an offense that’s ready to strike and some explosive plays on special teams.

“They are an awfully good football team. We know they are a very fast football team and very talented,” Monica said. “We can’t be in awe of them this time. I hope we will be better prepared than we were last year to know more about what to expect. We have to weather that storm- they can hit you quickly and get on top of you fast and I think it’s important that our offense is able to get better.”

Monica was pleased with the fortitude he saw on the field during last week’s semifinal game against the Notre Same Pioneers, which ended in a hard fought 24-22 win.

Most of all, Monica is grateful to have the opportunity to compete in the championship this year after a season of so much uncertainty.

“I’m tickled that we are able to play the game at all. First they were talking about cancelling the season, then cancelling half the season, then going without playoffs, and thank God the LHSAA decided to let us play,” Monica said. “This year’s football team is not unlike last year’s football team. We are very, very similar in terms of what we do. We have a couple of guys who provided great senior leadership. We have a lot of defensive line returns next year that have done a great job of controlling the line of scrimmage so far. I just need them to do that for one more week, and that could be a very special Christmas gift.”