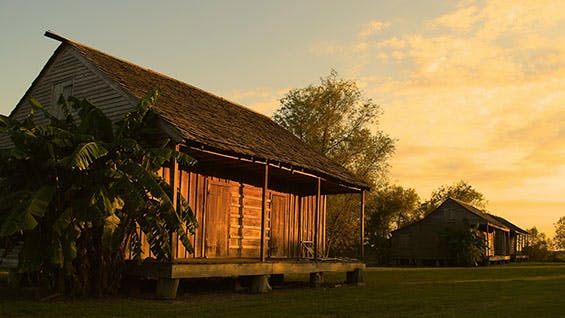 WALLACE — Dec. 7, 2020 marks the anniversary of Whitney Plantation’s first year as a non-profit and its sixth year as a museum. Last year, the museum’s ownership was transferred from Mr. John Cummings to a new non-profit 501c3.

Innovation has helped Whitney Plantation “Tell the Story of Slavery” during the COVID-19 crisis.

Visitation to Whitney Plantation was expected to reach almost 125,000 people. In preparation for the new growth, a new audio tour was created to accommodate guests unable to book sold-out guided tours. When COVID-19 restrictions came into effect, the app-based audio tour became the only means of safely delivering the

tour on-site, allowing the plantation to re-open in June.

“We were fortunate to have a mostly outdoor tour spread across 50 acres so that people could socially distance. With the audio tour our guests can learn about slavery in a safe environment,” said Dr. Joy Banner, director of communications for Whitney Plantation.

The tour is available through the Whitney Plantation app. On-site devices will be available early next year, and guided tours will resume as COVID-19 restrictions lift. Whitney Plantation is open from 9:30 a.m. to 4:30 p.m. Friday through Monday. The last entry for tour is 2:30 p.m. Free admission is offered for St. John the Baptist Parish residents.

plantation weddings reached over 5 million people and resulted in articles from Glamour Magazine, Town and Country and the New York Times, as well as dozens of other media outlets. Whitney Plantation has never allowed weddings or events because of its focus on the lives of the enslaved.

Whitney Plantation is offering a virtual Zoom event titled “Sugar and Slavery in the Caribbean and Louisiana” at 11 a.m. today, Dec. 5.

The moderator for the virtual event will be Rebecca J. Scott, a Charles Gibson Distinguished University professor of history and a professor of law at the University of Michigan.

Speakers will include Verene Shepherd and Richard Follett. Shepherd is the University Director of the Institute for Gender & Development Studies. She is also a professor of social history at the Mona campus of the University of the West Indies.

Follett is a deputy pro vice chancellor and the associate vice president (international) at the University of Sussex.