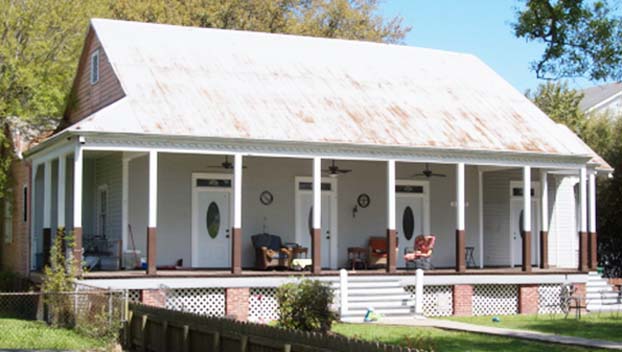 LIBRARY: Applications must be submitted to move or demolish buildings

RESERVE — Benefits of relocating the Reserve Library from its current West 10th Street location to Highway 44 include increased accessibility, levee trail access and the addition of much needed parking space, according to Library Director Andrea Tullos.

Tullos said the new Reserve Library, which would be constructed at no additional cost to the public, would be three to four times larger with more parking, which is mandated by planning ordinances for the size of the building.

While details are still being ironed out, Tullos is confident a new library would aid in the revitalization of the Historic District Corridor of Reserve along the River Road. She said this would present “the opportunity to become a civic community center, branching out from just library use to being part of the fabric of the community with collaborative experiences with the St. John Theatre and use of the outdoors.”

A feasibility study created over the past four months provided a broad overview of how the site could be used. The Library Board has saved funds over multiple years to pay for this project with savings, and the Board is eyeing a construction location on riverfront property encompassing land at 1482, 1488 and 1490 Highway 44 in Reserve.

The St. John Parish Council recently approved a motion approving the purchase of the parcels of land contingent on the Library Board securing additional appraisals on each property. The appraisals, however, must be capped at certain dollar values.

The property appraisals follow a recent rezoning of the area to Commercial District One. When L’OBSERVATEUR reported on the Parish Council discussion in the Nov. 28 e-edition, readers expressed their questions and concerns over the three historic homes that currently sit on the parcels of land.

One reader commented, “I was upset that with all the banter, no one brought up the three houses on these properties. What are the plans for these? All this should have been made public before the rezoning was even done.”

Another reader commented, “Doesn’t the parish think we’ve lost enough historical landmarks over the years? How about restoring the old Godchaux School and making that the new library?!”

Tullos said the land has been reviewed for feasibility and construction use, and that the current home at 1482 is “a perfect building for the library to restore and use.” When the sale is completed, other structures will be evaluated to determine whether they should be demolished, removed or relocated.
Tullos noted that while the Historic Commission for St. John Parish designated the corridor historic and these structures as contributing structures, they are not identified by the state as historic.

St. John Parish Planning and Zoning Director René C. Pastorek said any contributing historic structure in a historic district needs approval from the Historic Commission in the form of a certificate of appropriateness for removal or whole house demolition of the structure.

According to Pastorek, the standards of review considered by the Historic Commission in these situations include all of the following: Historic or architectural significance of that building, Importance of the building to the collective character and the “tout ensemble” (assembled parts or details forming a whole) of a district or the parish, Difficulty or impossibility of recreating such a building to its design, texture, material or detail, and Future use of the site.

Applications for removal or demolition of the three buildings in question have not been filed at this time, Pastorek said.

A Historic Resources Survey of the Reserve Historic District completed in June 2018 identifies homes constructed between the turn of the 20th Century and World War II as historically significant in connection with the success of the Godchaux Sugar Refinery, founding of the Reserve Telephone Company and improved access to New Orleans.

According to Tullos, Library Board Treasurer and local realtor Blaine Tatje previously represented some of the property in 2018. However, Tullos said the contract ended and Tatje has not represented the property since she was named Library Director in November 2019. Tullos said Michael Allain and Bob Fraiche of Keller Williams Realty are the working agents on the property.

The Parish Council is in charge of approving Library funds for the purchasing of land. Once appraisals are completed, the parish president would review and approve the purchase for the recommended amounts.

Once the Library vacates the current location on West 10th Street, the future use of the facility would be up to the Parish.