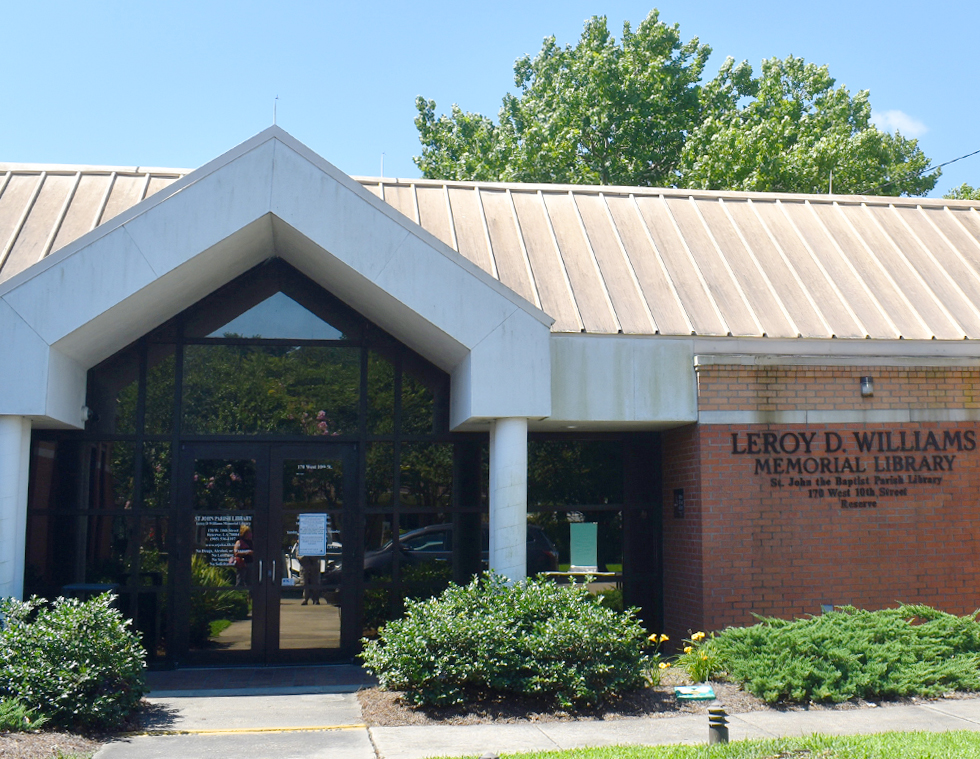 RESERVE — Plans for a new library in Reserve appear to be moving forward, at least ever so tentatively, but only after a last minute compromise brokered by St. John the Baptist Parish President Jaclyn Hotard galvanized council members during a Zoom meeting this past Tuesday.

Heeding Hotard’s solution, council members reversed an earlier decision and approved a motion approving the purchase of two parcels of land contingent on the Library Board securing additional appraisals on each property capped at certain dollar values.

Approval for the purchase of a parcel of land on the corner of Highway 44 and Fifth Street in Reserve is contingent on the appraisal not to exceed $265,000.

The two parcels of land, which buttress the St. John Theatre, are scheduled to house the new library in Reserve, a facility community leaders have been heralding is needed because of parking challenges at its current location.

Hotard’s compromise ended a lengthy discussion that featured multiple twists and turns that even council members found difficult to follow.

Adding even greater complexity was the fact the council had recently approved rezoning both land parcels from residential to commercial, essentially driving up property values overnight.

Confusion settled in almost immediately as the council began debating an ordinance authorizing the administration to execute an act of sale for the Highway 44 corner property for $265,000, based on a recent appraisal paid for by owners Susan Campbell and Courtney Millet.

When Councilman Robert Arcuri asked how many appraisals had been secured, Hotard deferred to Council Chairman Lennix Madere, saying, “I thought you might know.”

To which Madre replied, “I don’t know.”

From that point the debate transitioned to whether additional appraisals were needed. Councilman Michael Wright pointed out on several occasions that when purchasing property, as recently happened for a right-of-way, the parish must acquire three appraisals.

“I’m wondering why we only have one appraisal on the property,” Arcuri said. “It’s always best to compare.”

As the discussion unfolded, council members supporting additional appraisals stressed they were not against the overall project but wanted to be good stewards and make sure the parish was paying fair market value.

Library director Andrea Tullos said LaPlace appraiser Gregory Miller completed the appraisal and said the values were in line with other properties in the area.

Tullos said she was not opposed to securing additional appraisals but expressed concern that the desired properties could be sold to outside buyers.

“That still doesn’t mean we can’t get multiple appraisals,” Madere said. “I want to make sure we are paying the right amount and not overpaying.”

Councilman Thomas Malik expressed his trust in the Library Board, saying he was confident no board member would agree to the purchase price if it was not a good deal.

Councilwoman Tammy Houston said she believed it was unfair to the property owners to pay for two more appraisals since they were not notified beforehand that three were required. However, it was pointed out the council was learning of the appraisals for the first time, so there was no opportunity to inform the property owners in question. Additionally, the Library Board would be picking up the tab on the additional appraisals.

“I do believe we need to be transparent and make sure it is a fair price,” Councilwoman Tyra Duhe-Griffin said.

The vote for approval was 4-4, killing the motion. Councilwoman Tonia Schnyder was not present for that vote but did call in near the end of the meeting.

In fact, it was Schnyder who pointed out that the Campbell property was valued far less than $265,000 in January 2019, according to the assessor’s website, and if indeed the higher appraisal is correct, then back property taxes could potentially be owed by the property owners. She said records show that taxes on that property totaled about $200 a year ago.

Initially, it appeared the ordinance to purchase the property at 1482 Highway 44 from Charles and Stacey Waller for the appraised value of $200,000 was headed to a similar fate until Hotard offered her compromise.

The parish president’s proposal was simple in its structure, mandating that the appraisals for the Campbell and Waller properties could not exceeding $265,000 and $200,000 respectively.

After meeting with some initial resistance, the proposal passed 8-1, with Councilman Warren Torres as the lone dissenter.

“It’s a very good price,” Houston said, adding that the project itself is one Reserve residents should be proud of.

“It used to be a booming area; (the library) is going to make it beautiful again,” she said.