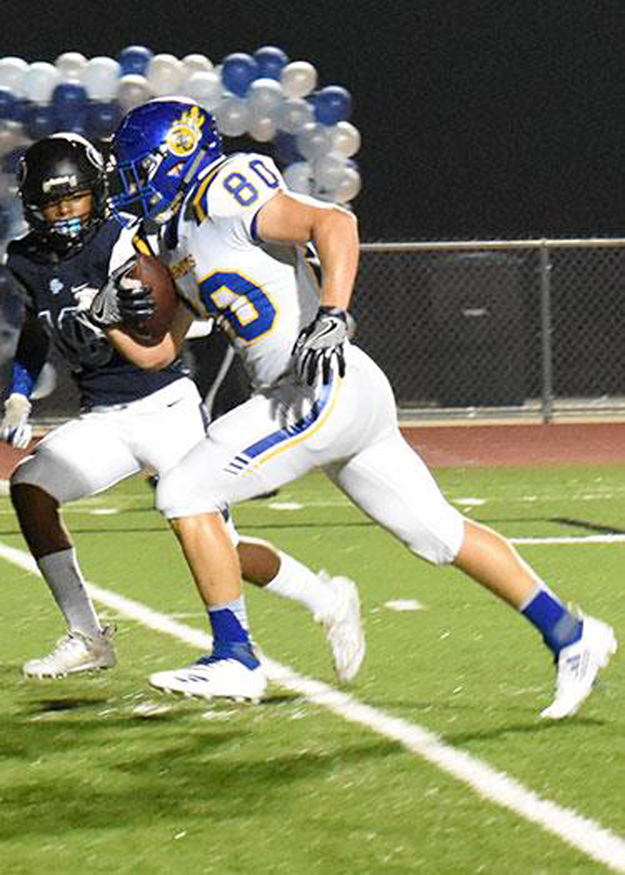 This week marks the beginning of playoffs with a bi-district round for class teams and a regional round for division teams. All roads lead to the Super Dome, and the LHSAA Prep Classic will play out from Saturday Dec. 26 through Monday, Dec. 28.

St. Charles Catholic earned a No. 2 seeding and a first round bye in the Division III playoffs. That means the Comets have already advanced to the quarterfinal round to be played the week of Dec. 4.

St. Charles Catholic has an overall 5-2 record and went 1-1 in district this year. St. Charles faced competitive teams this year, amounting to a 16.27 power rating and a 8.14 strength factor. For comparison, the No. 1 seeded Isidore Newman headed by up and coming football star Arch Manning has a 16.74 power rating, a 6.13 strength factor and an undefeated season record.

Riverside Academy went 6-2 for the regular season and 2-1 in district. The Rebels have earned a No. 7 seed and will host No. 10 St. Edmund in the first round of the Division IV playoffs this week.

If the Rebels advance to next week’s quarterfinal round, they will likely face No. 2 Vermillion Catholic. LHSAA reported that undefeated Vermillion Catholic is facing No. 15 St. Frederick this Saturday in the bi-district round and is favored to win.

West St. John came out of the regular season with a No. 9 seeding and will host No. 24 North Central in the first round of the Class 1A playoffs this week. If the Rams overcome North Central, they will challenge No. 8 Logansport, a team that earned a first round bye.

East St. John was unable to compete for the past two weeks due to a COVID-19 cluster at the school. The E came into the competitive Class 5A playoffs with a respectable 5-1 record for the season. With a No. 18 seeding out of 32 teams in the bracket, East St. John will travel to face No. 15 Woodlawn Baton Rouge. A win would advance the Wildcats to the second round of the playoffs, where they would likely face No. 2 John Ehret. This week, John Ehret is pitted against No. 31 Thibodaux in a bi-district round.