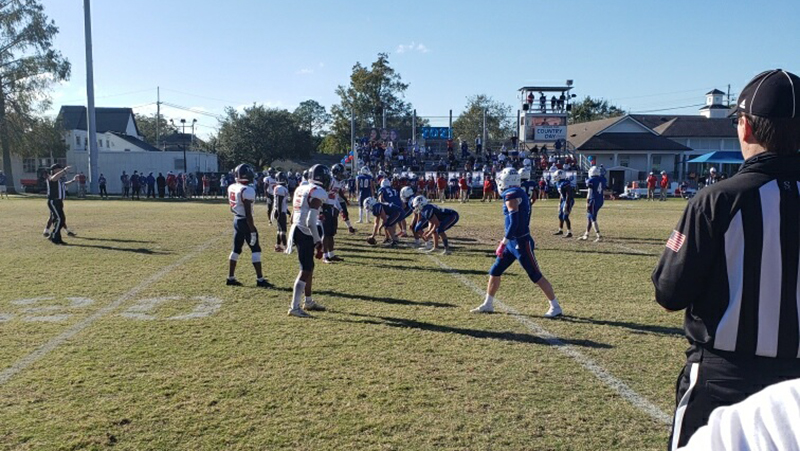 METAIRIE — The showdown between the Riverside Rebels and the Country Day Cajuns proved to be a bitter fight to the end but ultimately ended in a 34-32 loss for the Rebels.

Riverside did not take the Cajuns lightly, so they came into the second quarter and scored another touchdown which made it 14-7 over the Cajuns. Of course, the Cajuns’ Scott Isaac came back with a touchdown for the Cajuns again as well, which made the score 14-14 with 5:13 left to the half.

This continuous back and forth from these teams showed their determination and tenacity as Riverside stayed strong the entire time. Going into the third quarter, the Cajuns kicked a field goal and made the score 14-17 and Country Day took the lead.

The offensive game increased for Country Day when Dawson Simmons scored another touchdown for the Cajuns and made the score 31-26 in the fourth quarter. The Rebels’ Gage Larvadain scored a 58-yard touchdown with 30 seconds left in the game to keep Riverside alive. However, penalties on the Rebels allowed the Cajuns to score a 32-yard field goal and made the final score 34-32 in favor of the Cajuns.

The Rebels played exceptionally hard and Coach Dizer should be extremely proud of this team. Hats off to all these exceptional athletes who survived a special season through this pandemic.

Hopefully, we will see you in the playoffs and good luck!