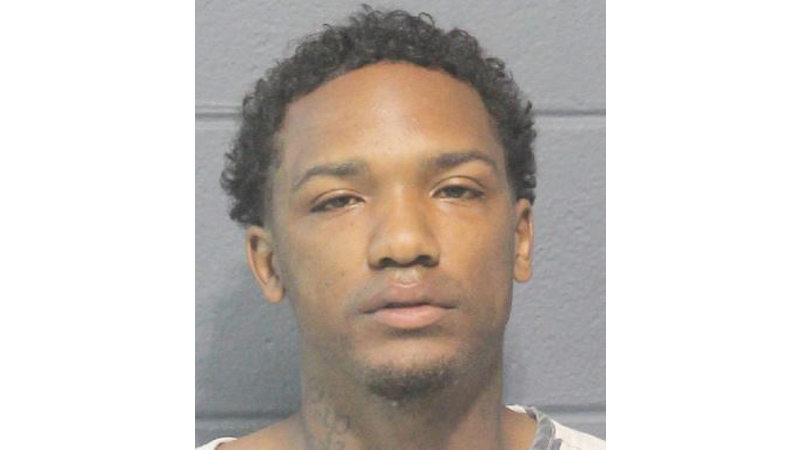 RESERVE — Ryan Stewart, 26, of Reserve was arrested Monday after someone allegedly saw him hide a gun behind a cement pillar anchoring a building, according to the St. John the Baptist Parish Sheriff’s Office.

At about 2:40 p.m. Monday, officers responded to the 200 block of East 26th Street in Reserve in reference to a suspicious person hiding a gun. Upon arrival, officers observed a male fitting the description of the suspicious male, later identified as Stewart, talking to another male subject in the 200 block of East 26th Street. As officers attempted to make contact with Stewart, he fled the scene on foot towards Melius Drive but was later apprehended.

Canvassing the 200 block of East 26th Street, officers located a handgun behind a concrete pillar of a raised wooden building. Through investigation, officers developed Stewart as the suspicious person with a gun. A short time later, officers arrested Stewart at his residence.

Stewart was booked with possession of a firearm/carrying a concealed weapon by a convicted felon (felony), illegal possession of a stolen firearm, and resisting an officer by flight (misd). He also was wanted on a felony contempt of court warrant for attempted simple burglary. He is on a probation hold and in custody. Bond has not yet been set.

Stewart, a convicted felon for drug violations, has been arrested 11 times since 2015. Among his arrests were a felony charge of illegal possession of stolen things after he stole two golf carts in 2015; three counts of burglary of Guidry Goodies in Reserve in 2017, with Stewart pleading guilty to these robberies; and a burglary charge connected to Road Runner in Reserve. Also, in 2019, Stewart was arrested when he was an occupant in a vehicle involved in a traffic stop that led to the discovery of drugs, drug paraphernalia and a stolen firearm.