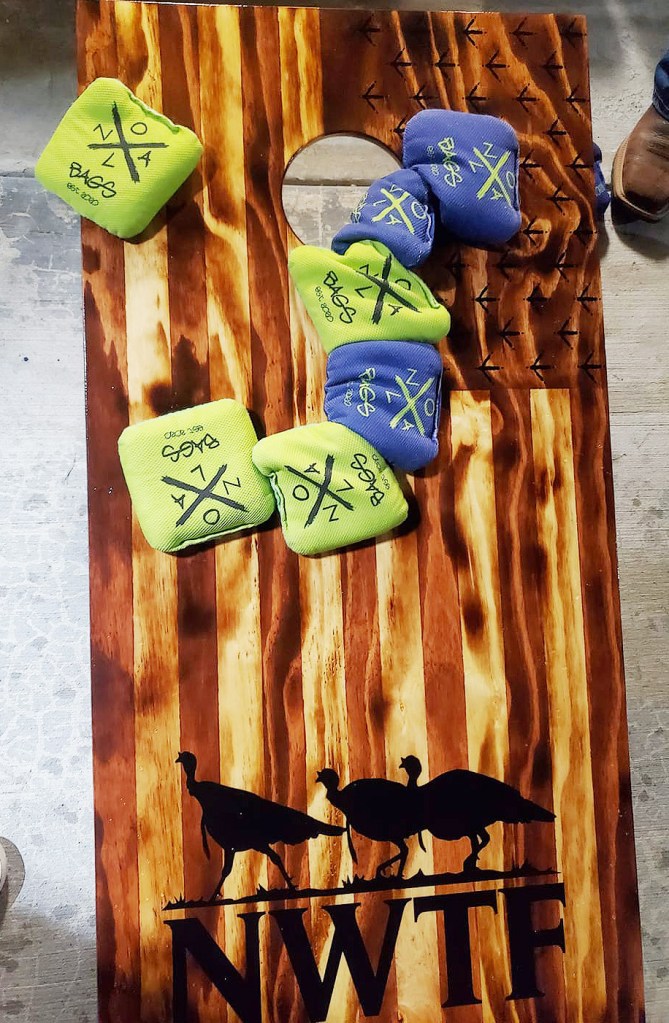 LAPLACE — While the COVID-19 pandemic brought a halt to some traditional sports, extra time home with families allowed another sport to thrive.

Cornhole tournaments are held Monday through Sunday from Metairie to Baton Rouge and across the river. The sport has seen an incredible rise in popularity, with some cornhole athletes from South Louisiana even appearing on ESPN.

The new River Parish Cornhole league is bringing the community together and giving people an opportunity to get out of the house. Tournaments are held locally every other Thursday, typically at the LaPlace or Reserve KC halls.

Other times, members of the group will convene in backyards to play cornhole and meet new friends.
That’s how it all started for Garrad Lodrigues of LaPlace during the COVID-19 shutdown.

“With the pandemic, we started seeing more and more cornhole being played on ESPN. We got a couple of boards made, and we started playing at different people’s houses from LaPlace to the Montz area. While we are still home with our families, it’s something to get out and do since there’s not much to do during the pandemic,” Lodrigues said. “We were playing outside, and then we thought about finding a place and starting our own league in St. John Parish.”

The River Parish Cornhole league now has a home twice a month, alternating between the KC halls at 346 Fir Street in LaPlace and 114 W. Seventh Street in Reserve.

In the game of cornhole, players take turns tossing a beanbag filled with corn kernels onto a raised platform. A shot that sinks the bag into the six-inch hole at the top of the board is worth three points. Meanwhile, every bag that lands on the board but does not go into the hole is worth one point, and every bag that misses the board completely is worth zero points.

While racing to be the first to achieve 21 points through a series of back-and-forth rounds, teams can strategically throw the bags to “cancel out” their opponent’s points.

Lodrigues said the most rewarding part of the experience has been meeting new friends.

There are currently about 20 people in the River Parish Cornhole group, which is welcoming of men, women and children.

“We’re trying to show the kids that they can play, too, and they can compete against the adults and beat them,” Lodrigues said.

A 10-year-old child from Shreveport is one of only two professional cornhole players in Louisiana, according to Lodrigues.

However, a person doesn’t have to be a professional to have fun in local cornhole tournaments. Even beginners have a chance to succeed.

“What’s good about our tournaments is that it’s a blind draw, so the computer picks your partner,” Lodrigues said. “You don’t know who your partner is going to be, so everyone has a chance to win.”

Monetary prizes are also on the table. Often, there will be a small registration fee for each person to contribute to a prize pool. After the tournament plays out, the prize pool is divided between the first, second and third place winners. The registration fee also covers the cost of the KC Hall venue.

During tournaments held every other Thursday, competitors from other South Louisiana cornhole leagues often join the River Parish Cornhole players. The last two tournaments have attracted 40 to 50 competitors.

“We like having guys from other parishes coming to play, but it would be so nice if we had more people from the River Parishes and St. John to come and play. That’s the reason why we’re doing it, to open it up to our area and try to get people more involved,” Lodrigues said.

“Come out, meet new people and have a great time. It’s not about making money, because we don’t make money. It’s about putting it out there, growing the sport and having fun. This is one sport where it doesn’t matter what your age is. If you practice, you could be the next person we’re watching on ESPN.”

Those who get into cornhole end up purchasing their own high quality bags, according to Lodrigues. Billy Webb of Luling is one River Parishes resident known for producing custom-made cornhole bags. Webb’s business page can be found at NOLA Bags LLC on Facebook. 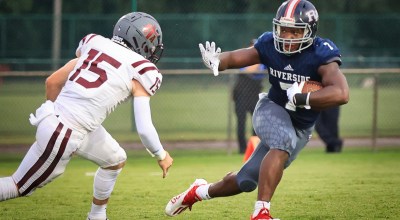