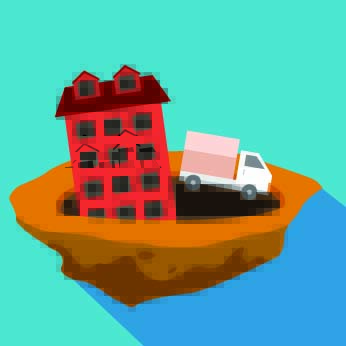 LAPLACE — For the past year Suzi Guerin has watched in horror as a growing sinkhole continues to gobble up chunks of her backyard, which buttresses the Vicknair Canal.

As the encroaching sinkhole continues its march, Guerin is increasingly concerned her entire house may soon be gone, reminiscent of similar scenes in Florida during the past several years.

It’s a problem that has continued to baffle St. John the Baptist Parish utilities workers, and with no solution in sight, Guerin’s anxiety continues to fester.

“The hole keeps getting bigger and bigger,” she said during the Parish Council meeting this past Tuesday night.

She explained she first noticed the hole, which was originally about size of a salad plate in diameter, near her back fence early this year. But as the months have passed, the hole has increased, spreading her arms to indicate its width.

And she noted that with passing day, her backyard continues to shrink.

Guerin explained that parish workers recently ran a camera in the hole and also poured dye in an attempt to identify the problem. However, the dye, which should have run out into the canal, just disappeared, Guerin said, flummoxing the workers.

“They had no clue where the dye went,” she said.

A 120-foot stretch of her fence is also leaning, with the posts being pulled toward the canal by the erosion.

Guerin said she attempted to reach the former parish administration in 2019 but the call was not returned.

She also has not heard back from Director of Public Works Clayton “Snookie” Faucheux since the dye test, even though she has attempted to contact him. She said Faucheux was “baffled” by the disappearing dye.

“I am very concerned,” Guerin said. “I don’t know if the hole is under the house and the house will fall in. It’s happening very fast, and I don’t want my house to fall in no big hole.”

She mentioned there is a servitude and a culvert between her backyard and the neighbor’s property line.

“What is the parish going to do?” she asked, her frustration obvious as she attempted to seek answers.

Unfortunately, none were coming, or even potential solutions, especially with Faucheux not in attendance.

Council Chairman Lennix Madere explained that when culverts are not properly connected, they separate and sink holes can develop.

“You seem to have a much bigger problem,” he said.

Councilwoman Tonia Schynder, who has met with Guerin on several occasions, said she was hoping Faucheux would be present, a disappointment also shared by Guerin.

Parish President Jaclyn Hotard said because of COVID-19 concerns, parish department heads do not attend council meetings unless they are specifically asked. She mentioned Faucheux briefed her earlier.

“I don’t know; that’s all I can tell you,” Hotard said, adding that she will meet with Faucheux again.

In other council news, authorization was granted for payment of a change order for the Westbank Safety Complex, ending a dispute that has simmered for more than a year. Siezeler Thompson Architects and Aegis Construction have been at the center of the controversy, which involved a change order dating to September 2019.

Unclear was who granted approval for the change order and when it might have been issued. Because of an apparent lack of notification the parish had not paid Aegis for work the firm completed.

But after a year of legal wrangling, the District Attorney’s office recommended the payment be made to Aegis, and Siezeler was “put on notice that for transparency and accountability,” the parish council must be notified of change orders when necessary under the Public Bid Law “prior to commencement of work subject to the change order.”

Also during the meeting, an ordinance was approved confirming the sale of refund bonds sold on Oct. 27. By refunding the bonds at a lower interest rate, the parish will realize a net annual savings of $295,000 in debt service, amounting to $2.6 million until the bonds mature in 2029.

Hotard also revealed the annual Bonfire Festival has been canceled because of the coronavirus pandemic and is unsure about “fires being permitted.”