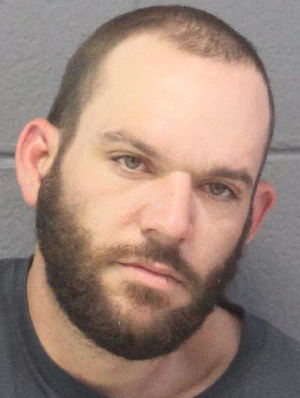 LAPLACE — Todd Clement Jr., 34, of LaPlace was arrested Nov. 6 after posting threats against elected officials on social media, according to the St. John the Baptist Parish Sheriff’s Office.

On Friday, Nov. 6, detectives began an investigation of threats posted on social media by Clement. During the investigation, detectives were able to view several posts, in which Clement made reference to killing public officials. Based on investigation, detectives obtained an arrest warrant for Clement. Shortly after, detectives observed a vehicle driven by Clement, traveling westbound on Airline Highway. Officers initiated a traffic stop and made contact with Clement. He was taken into custody and booked with terrorizing (felony). Due to the nature of the threats posted on social media, a search warrant was obtained for the vehicle driven by Clement. Upon execution of the search warrant, detectives located several weapons, ammunition and body armor.