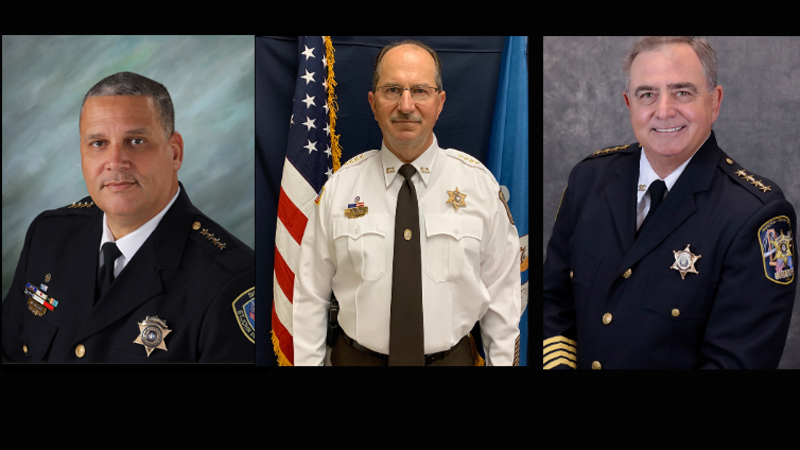 The three tri-parish sheriffs convened over Zoom to discuss the state of law enforcement, trends in criminal activity, de-escalation training and more. All three men spoke of promoting inclusiveness and working with the community to promote a positive business climate.

According to Martin, reports of shootings have increased by 59 percent. Domestic calls and disturbances have also increased, while reports of car crashes have decreased.

Racial tensions and a spotlight on police brutality impacted law enforcement agencies around the country after George Floyd’s death at the end of May. His final cries spurred a movement that has touched every corner of the country.

The sheriffs felt confident that these difficult conversations were addressed immediately and appropriately. Martin added that St. James has been ahead of the curve on topics related to racial bias and how it affects the community. He is proud that his office reflects the community of St. James Parish, with men and women of all colors involved in command staff and training.

Tregre and the St. John Parish Sheriff’s Office participated in peaceful protests and a Juneteenth march to stand in solidarity with the community.

All members of the St. John Sheriff’s Office participate in a Racial Intelligence Training & Engagement program, according to Tregre. Rehabilitation is another key is another key to social justice, he said.

“Educate people, get them jobs, teach them to be responsible,” Tregre said. “You can’t keep letting people walk out your doors with no education, no finances. They’re going to come right back.”

De-escalation training continues to be a main focus of law enforcement, and Champagne said it is truly nothing new.

“We have been doing it for years and years. We’ll have 120 to 140 hours of de-escalation training for each cadet,” he said.

Champagne spoke of how locally based sheriff’s offices are different than urban police departments across the country. While mayors and city councils often appoint police chiefs, the community elects sheriffs in the River Region.

“I wonder if there’s a degree of separation between these police departments and their communities,” Champagne mused.

Champagne noted that he and Martin have served longer terms than almost every other sheriff in office across Louisiana. According to Champagne, multiple terms don’t happen without a fair and equitable relationship with the community.

The tri-parish sheriffs also responded to a question about Louisiana’s Industrial Tax Exemption Program. Reform to the process last year allowed local parish councils, sheriff’s offices and school boards to have input in whether ITEP applications are accepted or denied.

Champagne said he is in support of back-to-back five-year exemptions for manufacturing projects.

“We are very appreciative of the financial position our parish is in because of the companies that have taken advantage of tax exemptions over the years,” Champagne said. “We’ve approved every exemption without a dissenting vote. It’s been a good source of revenue that you have to be patient for over time.”

Tregre said he supports tax exemption programs where appropriate, though there are some instances where he feels industry should pay taxes upfront to support the community.

Martin said ITEP applications are usually approved in St. James Parish because of the economic opportunities they bring. However, his office recently opposed an application after breaking down the number of jobs created by the project and comparing it to nearby industries.