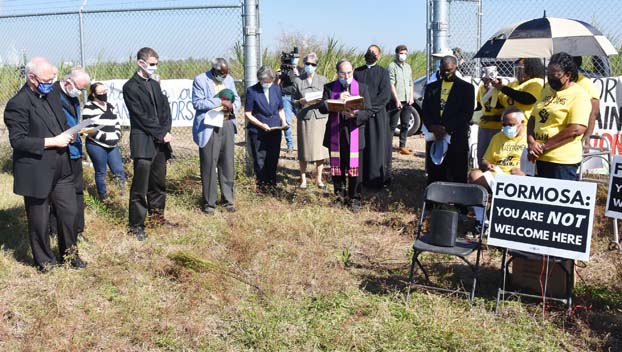 The permit is essential for the construction of the $9.4 billion petrochemical plant, which Formosa representatives say would add 1,200 permanent jobs to the area, in addition to thousands of temporary construction jobs.

The founder of environmentalist group RISE St. James once again went public in asking the St. James Parish Council to revoke its permit issued to Formosa Plastic for a plant to be built on a nearly 2,400-acre site sitting in the shadows of the Sunshine Bridge.

The council approved the permit in December 2018.

Sharon Lavigne, speaking at an All Saints Day prayer service Oct. 31 at the site of the proposed plant, said council members “must protect our parish.”

“(The plant) is a death sentence for St. James Parish,” she said. “While they are sending their money overseas (to its headquarters in Taiwan) they are leaving behind the sick and dying.

The service was held at a fenced off area where it is believed slaves are buried on a portion of the land where Formosa is planning to construct its $9.4-billion petrochemical plant, which when completed will manufacture chemicals used in a number of plastic products.

It is believed that slaves from the former Buena Vista Plantation are buried at the site, and some advocates are concerned additional gravesites are scattered on the property.

Formosa officials have countered they have been unable to find additional cemetery sites.

Lavigne said eight chemical plants already exist in her home 5th district, and Formosa would greatly add to the toxicity in the area. She said she has attended more than 30 funerals for friends in the past few years, including someone very close to her.

Lavigne also said a campaign called “Protect Our Parish” has been developed and aimed at stopping construction of the plant.

“The parish council must stand against one of the most toxic plants in the world and stand up for St. James families,” Lavigne said. “The message is clear: No more death, no more Formosa Plastics. St. James is our home.”

Bishop Michael G. Duca of the Diocese of Baton Rouge led the prayer service, surrounded by several clergy members of the diocese.

The bishop said many of the slaves might have died alone, without recognition or without a proper blessing.

“Today we give them the dignity they deserve,” he said. “We need to honor life. Every life is important.”

Site work has already begun on the site, including utilities relocations, soil testing and placement of test piles.

However, the company recently announced “major construction” is being deferred until the threat of the coronavirus has subsided or an effective vaccine has been developed and is available.

When Gov. John Bel Edwards announced the project in April 2018 he and state and local officials heralded the plant as a financial boom for the River Parishes, saying it would generate an estimated 1,200 permanent jobs and millions of dollars in tax revenues. But from the beginning, the proposed plant has faced vehement opposition from nearby residents along with national and local environmental groups concerned about emissions, as well as rainfall runoff discharges. 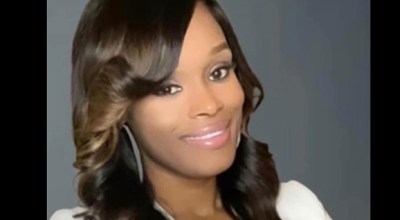