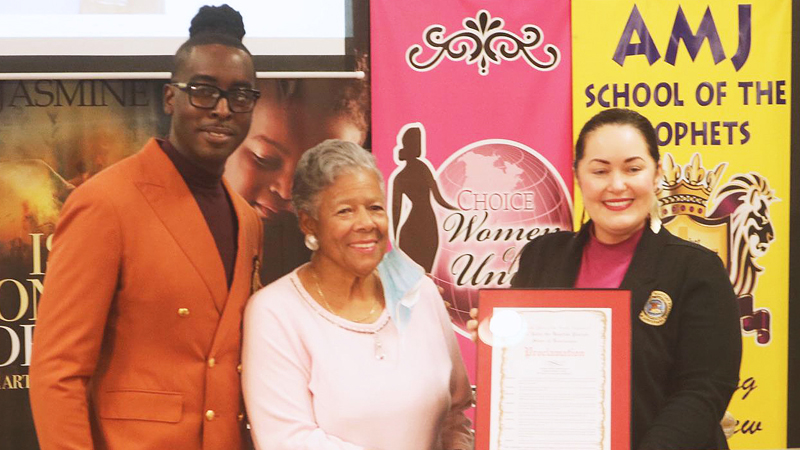 State Representative Randal Gaines, St. John Parish President Jaclyn Hotard and Pastor Neil Bernard were present as Reah Bernard received an award for her efforts. She was also recognized as a leader and a positive presence throughout the faith-based community.

Bernard was born on May 24, 1937 in Reserve to the union of Edward and Vivian Hall. She was the youngest of four children with two older sisters, Esma Brougham and Sister Cornelia of the Congregation of the Holy Family, and an older brother, Edsel Hall. All of her siblings are now deceased.

Bernard’s father, Edward Hall, is locally known for his fight for black residents in St. John the Baptist Parish to receive the right to vote. Hall was represented by none other than Thurgood Marshall. As a child, Bernard had the opportunity to meet Marshall in person when he visited their home.

Bernard graduated from Our Lady of Grace High School. From there, she went to beauty school and ran her own beauty shop in her home for more than 35 years. She married Edward Bernard, and from their union came five boys: Angelo, Byron, Neil, Galen (now deceased) and Nathaniel Bernard.

Bernard and her husband continued the work Edward Hall started by being among the first parents to send their children to integrate schools in St. John the Baptist Parish. In the early 1970s, Bernard became a part of the charismatic revival movement and began to hold regular weekly prayer meetings in her home.

According to Bernard, many women experienced the power of God in their lives through these prayer meetings and were forever changed. Pastor Neil Bernard attests that it was through his mother’s prayers that he joined the ministry and founded New Wine Christian Fellowship.

Bernard closed her beauty shop in 1996 to help her son in the ministry, serving as his secretary until she retired in 2018. She now has 12 grandchildren and 19 great-grandchildren to carry on her legacy.

Bernard loves people, and her greatest joy is praying for people and seeing them set free. She has ministered to hundreds of people through her prayer ministry. She can often be seen walking her through neighborhood, praying and ministering to anyone who is need.

In a fall 2019 interview with L’OBSERVATEUR, Bernard recounted the day a .38 caliber bullet pierced through her childhood home in retaliation against the work her father was doing to secure voting rights for black residents in St. John Parish.

She said it is important to stay vigilant, exercise voting rights and keep families in tact.

“When people get a little bit of freedom, they become content. People take it for granted. People get complacent because we get accustomed to things and it doesn’t mean anything to them. It means a lot to me because I know what we went through to get here,” she said. 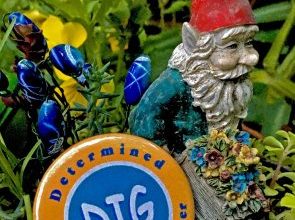 Hardcore gardeners color outside the lines