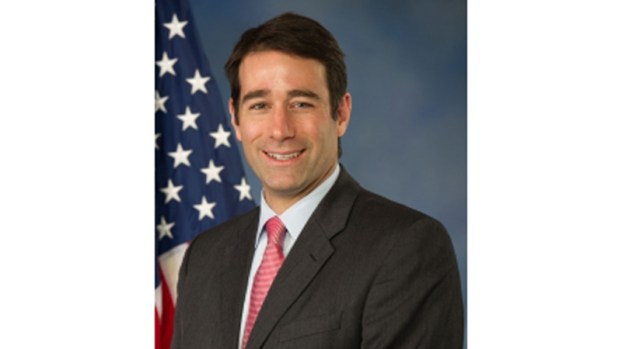 LAPLACE — With the future of the oil and gas industry a hot topic following recent presidential debates, U.S. Congressman Garret Graves and two River Region parish presidents weighed in on industry’s role in the local economy.

The Grow Louisiana Commission, with support from the River Region Chamber of Commerce and the St. Charles Parish Economic Development Department, hosted a “Powering Ahead” webinar to discuss challenges the industry faces as concerns from environmentalist groups grow.

Marc Erdhardt, executive director of the Grow Louisiana Coalition, said the oil and gas industries have been at the heart of the nation’s response to COVID-19. Companies in Louisiana have produced personal protective equipment used hospitals and cleaning products integral to at-home disinfecting.

Parish President Hotard is the product of a household that relied on an industry income. With Marathon serving as the largest taxpayer in St. John Parish, Hotard said it is important to maintain partnerships and recognize the impact industry has on the community.

According to Hotard, one of the biggest precursors to strengthening economic development is having ready, skilled labor. Hotard has starting having conversations with new Superintendent Dr. Lynett Hookfin on positioning students to enter the workforce.

“What I do here in this office impacts what happens in the school system, and what happens in the school system impacts how we position ourselves for economic development, whether it’s new growth or expansion, or having a ready workforce,” Hotard said. “That’s something I get all the time from business looking to locate here. We do have River Parish Community College offering process technology, instrumentation to bridge students directly from high school to industries along the river.”

“We hear about legal climate, business climate, tax climate pretty consistently,” Gray said. “It’s one of the things that we work hard to try to provide insight into policy changes that can improve the overall environment, especially at the state legislature, and we’re always happy to help all of our local officials.”

St. Charles Parish President Matt Jewell has worked with Congressman Steve Scalise as well as the Department of Energy. Jewell stated that the 36 energy-related facilities in St. Charles Parish are linked to more than 3,000 jobs, many of which provide a comfortable six-figure salary to make the parish one of the most prosperous in Louisiana.

Jewell said he does not support lawsuits going after oil companies, noting that there are now regulations in place to prevent nefarious acts and poor decision-making.

“Not only are oil companies the largest investors in coastal restoration; now with the Great Americans Outdoors Act, they are the greatest investors in federal lands and national parks nationwide,” Jewell said.

Hotard and Jewell agreed on the need to have conversations to bridge the perceived disconnect between industry partners and the community.

U.S. Representative Garret Graves oversees the Sixth Congressional District, which includes portions of the River Region. Graves spoke about how, after Hurricane Katrina, cries of coastal vulnerability led the state to establish a coastal agency for restoration and hurricane protection.

According to Graves, the state’s coastal funds are largely derived from taxes on the energy industry.

“Rather than partnerships, you’ve seen a more adverse relationship (between the public and industry) within the last few years,” Graves said.

While well intentioned, Graves said the battles environmentalist groups are fighting could result in less safe means of transporting industry. Studies have shown that pipelines are the safest way to transport energy, as opposed to trains, ships, trucks or barges. Graves added that calls to ban offshore production of energy would increase U.S. reliance on foreign energy, which would be produced with less environmental policies in place and shipped by less safe means.

According to Graves, the U.S. is a global forerunner in reducing environmental emissions by utilizing more natural gas. However, he understands calls for the United States to transition to more environmentally friendly energy sources.

He is proud of major solar facilities that have been established in Louisiana. However, at this time they are not enough to satisfy the public’s need for energy.

“I am all for renewable energy technologies when they make sense,” Graves said. “All of these are great but variable and intermittent technologies…We need to make sure clean energy future in the United States is based upon U.S. assets and resources. You base marketing plans on assets and strengths, which for Louisiana is oil and natural gas. We need to make sure they can compete from a cleanliness aspect with renewable energy technologies.”

LAPLACE — Nghana Lewis was elected to Division B of the 40th Judicial District Court Tuesday night. She will fill... read more