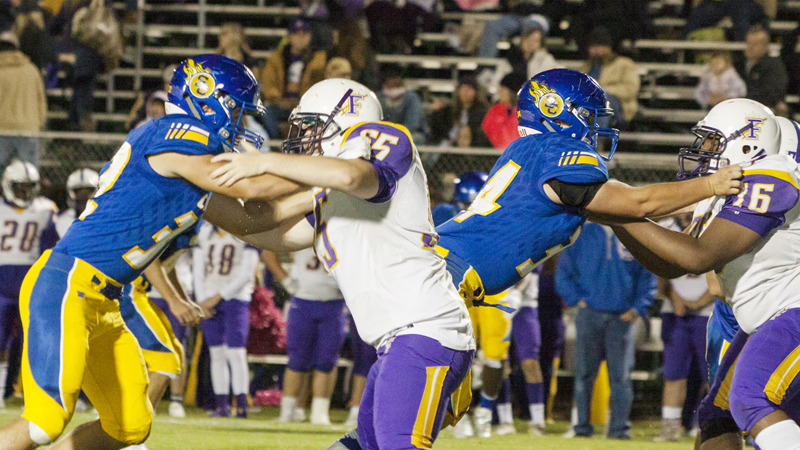 LAPLACE — Coming off of last week’s impeccable 43-0 shutout victory over the Franklinton Demons, the St. Charles Catholic Comets see a larger challenge on the horizon.

The Comets will travel to face the Isidore Newman Greenies Friday night in what promises to be a high profile district match-up. The Comets will be pitted against talented receivers, a great offensive scheme and one of the highest ranked quarterbacks not only in Louisiana, but also across the country.

Newman’s Arch Manning accumulated 932 yards passing in the first four games of the season. The team now stands at 5-0 after taking down a previously undefeated Riverside Academy on Oct. 30.

St. Charles Catholic is 4-1 on the season. Prior to last Friday’s win, St. Charles Catholic was reeling from a huge loss against De La Salle. That didn’t stop the Comets from bringing the heat against Franklinton, and head coach Frank Monica expects the same high level of play against Newman.

“I think the difference was the competition. We played a real good De La Salle football team. That night, they were better than we were, and they played with the energy that we needed to have. So, I think the big difference was that we played with a lot more energy and enthusiasm against Franklinton, and we played all three phases,” Monica said. “We finally got an identity on the offensive side of the ball, and the defense played like they were supposed to play and did a great job of holding Franklinton at bay on their side of the field. Special teams were sound. It was a complete three-phase win, and it’s something that we needed.”

The Comets had the opportunity to play a number of second and third teamers against Franklinton. The receiving core performed well and did a fine job of making catches in clutch situations.

Jackson Jensen made an outstanding catch for the first touchdown, leading the way for more solid plays from Troy Johnson, Logan Forsythe and Brock Clement.

With Keenan Gauff sidelined with an injury, Zach Vicknair and Dave Authement did a great job filling in at quarterback.

Monica said St. Charles Catholic will prepare the same as always for this week’s ball game.

“You can’t pick and choose who you are playing against. You don’t read the front end of the jersey; you just prepare the same every week, even when it’s a bigger game against an undefeated team,” Monica said.

“Newman is the talk of New Orleans, naturally. They have a great quarterback and a lot of weapons along with him. Going on the road again is going to be a tough task for us because it will be our fourth ball game on the road. Our team has to grow up quickly and learn to play with some adversity when you have different surroundings. This will help us prepare for the future.”

With only two more district game against South Plaquemine and Cohen Prep rounding out the regular season, it’s crucial for the Comets offense to show up ready to fight for the win.

“Getting down to the end of the season, our young guys are not young anymore. We have five games under our belt. It’s time for the sophomores to become juniors and the juniors to become seniors,” Monica said. “It’s time for our football team to start acting like they’re supposed to in terms of their development. They have to get better. They still have a lot of work to do.”