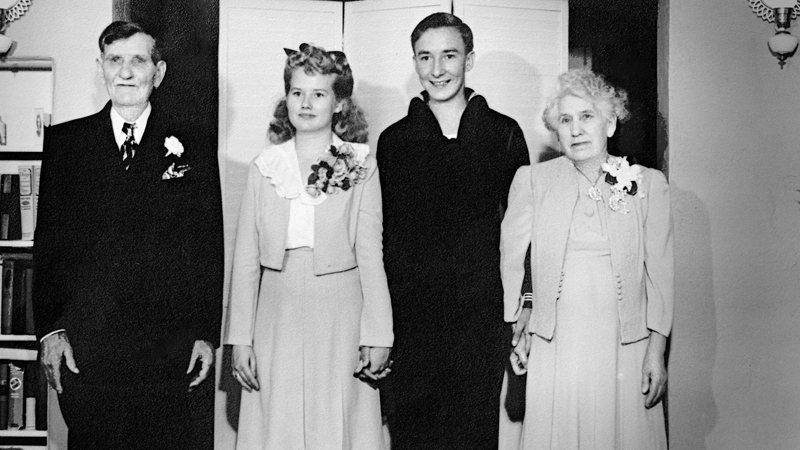 I started this column two years ago to ensure the family members of crime victims that someone is still seeking justice for their loved ones. With law enforcement agencies overloaded and understaffed, I believe the media can reach people the police do not know to interview. Too often, cold cases fade with time. New atrocities draw away the investigators’ attention, taking with it all the hope family members had of finding closure and justice for their loved ones.

This week, I received a thank you note from Arissa Pedroza in California. Readers of this column will not recognize her name, but they will know her grandmother, Audrey Moate.

Last Spring, Bayou Justice examined Audrey’s strange disappearance and the murder of her lover, Thomas Hotard, on a backwoods road between LaPlace and Hammond.

Photos of Audrey are rare, but Arissa has provided a previously unpublished Audrey photo and asked that I share it with our readers.

She also provided me with an unfinished manuscript authored by the case’s lead investigator, Sheriff Percy D. Hebert. The following excerpt from that manuscript points to a suspect rarely discussed and often written off.

What follows is from the manuscript of Percy Daniel Hebert, sheriff of St. John the Baptist Parish:

Held in the jail at Donaldsonville, a 62-year-old New Orleans man named Jackson Lejeune asked to see a priest. However, he slashed his left wrist before the priest arrived. A doctor treated him, and he went to the state hospital at Jackson for observation.

Lejeune had a long, private talk with the priest there. Later that day, he told the hospital superintendent he wanted to talk to the sheriff at LaPlace. The superintendent phoned me, and I drove to Jackson. That was on Monday, April 28, 1957.

Lejeune was a gaunt, bald man, and he was a fast, smooth talker. He told me, “Hebert, I know who killed Mr. Hotard and that Moate woman. I was with the guy when he shot the two of them.”

“An old friend of mine. Name of Sampson Gallata. He killed the man, and then he took the woman and killed her, too, and buried her in the swamp.”

Lejeune said he met Gallata at the French Market bar in New Orleans, Friday night before the murder. Gallata asked Lejeune to have a drink with him. They took Gallata’s Buick up Airline Highway to LaPlace, stopping at several bars along the way.

“Gallata pulls into a parking lot by a restaurant, and we sat there and smoked,” Lejeune said, “He kept looking around for someone. Late, near daylight Saturday morning, he jumps and hollers, ‘That’s her.’ I look around and see this woman and man getting into a car. They drive off up the Hammond Highway, and we follow them.”

I kept listening. Lejeune told me how Gallata followed the car down Frenier Road with the Buick’s lights turned off. He parked a hundred feet from the clearing. Then Gallata reached into the back seat for a shotgun and got out of the truck.

“He went right up to the car window and raised that gun and boom. I hear this big noise,” Lejeune continued. “Then there’s a scream, and this woman comes running out of the car. He runs around and grabs her, and drags her back to the Buick. All the while, she’s crying and begging him not to kill her. He throws her in the back of the car, and I see all she has on is a kind of a slip, and it’s torn.

“He drove up the road a ways and stops the car. He gets out and grabs the woman, and pulls her out. He tells me, ‘You wait here.’ Then he walks off into the swamp, dragging the woman with one hand and holding the shotgun with the other. They went so far back I couldn’t see them through the trees.

“I waited a long time, and then I heard a shot. Then there was another shot and another. He must have shot her three or four times. Then he comes walking back to the car. He throws the shotgun in the back and gets a shovel. Then he says to me, ‘Wait here and don’t make a move.’

“I must have smoked a pack of cigarettes waiting. He sure took a long time, burying that woman. Finally, he comes back to the car, throws the shovel in the back, and gets in. It was daylight by then, and he drove straight back to New Orleans.”

Lejeune said Gallata took him to his room in the French Quarter. And before letting him out of the car, he threatened to kill him if he told anyone what had happened. The next day Lejeune moved out of his room. He said he was afraid Gallata would come after him. Later he left New Orleans and went to Donaldsonville.

I asked about Gallata’s motive, and Lejeune told me Audrey Moate had been two-timing him. “She used to be his girlfriend,” Lejeune said. “Anyway, that’s how I got it.”

“How come he buried the woman and not the man?” I asked.

“Hebert,” Lejeune said, “you’ll have to ask Gallata about that.”

Lejeune gave the impression of sincerity. Although he was intelligent, he could not read or write, meaning he hadn’t pieced his story together from reading newspaper accounts.

I signed Lejeune out of the state hospital and took him back to LaPlace that evening. We drove him to Airline Highway and asked him to show us the restaurant where Gallata waited for Hotard and Audrey Moate. He picked out a restaurant, but not Stein’s. Gallata identified the 24-hour café across the street, the American Motors Restaurant. This information is significant as Stein’s closed at midnight.

As I drove onto Highway 51, I sped up to 50 miles-per-hour. Without slowing down, I passed Frenier Road, and Lejeune said, “Wait. That was the road there.”

He pointed out the clearing and the exact spot where Hotard parked his car but could not recall where Gallata buried the body. We dug for days in several areas that resembled the place he remembered without success.

The final line of the sheriff’s unfinished manuscript read, “I am writing this manuscript to ensure that someone picks up the case when I am gone.”

“Bayou Justice” is a weekly true crime column featuring notable South Louisiana crime-related stories, most still unsolved. If you have information that may help solve the case, contact Crime Stoppers or your local police agency. This report was condensed for publication. For more details, visit bayoujustice.com.