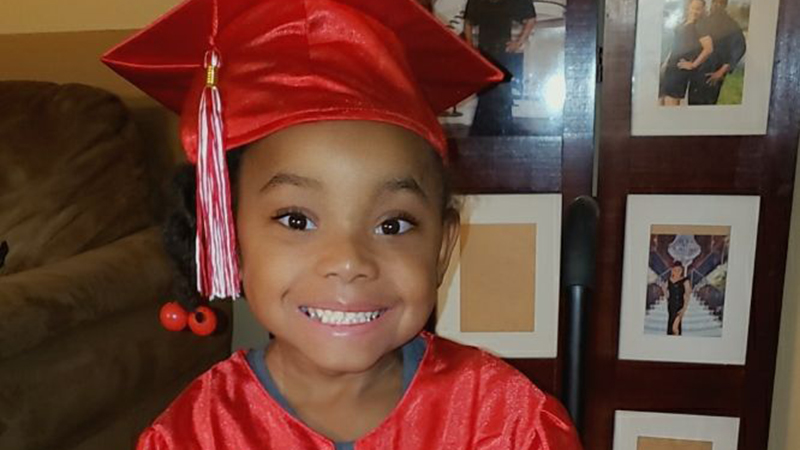 LaPlace Elementary first grader Imani Soniat has several conditions limiting her mobility, but she is still determined to take her first steps.

LAPLACE — At 6 years old, Imani Soniat dreams of taking her first steps and growing up to become a doctor who can “fix people’s legs.” Her family has initiated a series of fundraising efforts to obtain a Trexo Robotic Walker in hopes that it can make a little girl’s dreams come true.

Like most first graders, Imani is full of personality, energy and faith. She keeps a smile on her face even as she attends weekly therapy sessions to navigate her numerous health conditions.
Imani has been diagnosed with Spatic quadriparesis, Congentital quadriplegia, Congenital hemivertebra,  Cervical stenosis of spinal canal,  Erbs Palsy and Cerebal Palsy. She is totally reliant on the left side of her body, but she continues to defy odds and gets stronger each day.

When Imani was born, she was a 9-pound, 14-ounce bundle of joy. Her mother, Angel Tutt-Soniat, said she instantly earned the affectionate nickname “Miss Piggy.” 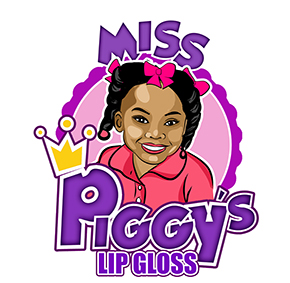 Imani Soniat has a logo for her lip gloss line, which her family started as a fundraiser to purchase medical equipment to help her learn to walk.

“That’s where her journey started; she had a traumatic birth experience,” Tutt-Soniat said. “During labor, she got stuck. As they were trying to pull her out, a couple of things took place. Her nerves were kind of stretched out of place. I didn’t find out until a year and a half later that she had something going on with her spine as well.”

Imani would continuously cry as a baby, and Tutt-Soniat brought her to several therapists and doctors until she was able to get an MRI. The MRI revealed Imani had spinal stenosis, a condition that puts pressure on nerves through a narrowing of spaces within the spine. Imani went through a year with neck braces until she was old enough to have a spinal surgery, after which she had to wear a halo vest to stabilize her spine.

Imani continues to attend weekly physical therapy through Ochsner to work on the muscle tone in her legs and stomach. She gets botox injections every six months to ease spastic nerves.

“She is such a happy, bubbly little girl. She’s always smiling and making jokes. Mentally, she is a typical 6-year-old. She wants to do everything she sees her peers doing,” Tutt-Soniat said. 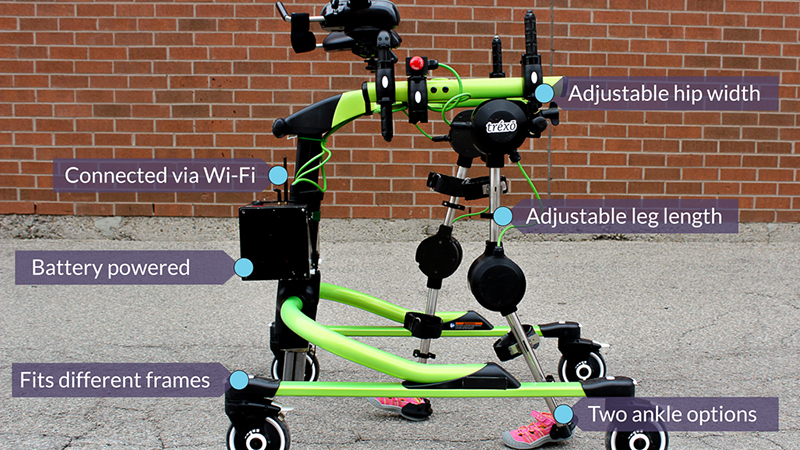 The technology was born in 2011 when founder Manmeet Maggu learned his nephew was diagnosed with cerebral palsy. According to Trexo Robotics, the system is tablet operated and can be customized to support a child’s unique needs for weight bearing, gait pattern, speed and level of assist.

Unfortunately, the walker comes at a cost of $29,900 and is not covered by insurance. Tutt-Soniat has already raised approximately $10,000 since August through ambitious fundraising and support from family, friends and community.

“I just have to do it for my baby. It’s like me giving her another opportunity, another chance at walking. Imani is very intelligent. She’ll tell me, ‘I’m going to walk, I’m going to do it,’ and then she’ll get frustrated, and it brings me to tears,” Tutt-Soniat said. “The walker kind of moves your legs for you. It puts you in a position where you can get physical therapy throughout the day.”

With four other children to care for, Tutt-Soniat knew fundraising was a must to secure a walker. She and Imani started a company called Miss Piggy’s Lipgloss and are now selling quality homemade cosmetics. Other efforts have included benefit dinners, lemonade sales, World’s Finest Chocolate sales and pop-up shops, in addition to a GoFundMe page.

“I have had tremendous support from my community, family, everybody,” Tutt-Soniat said. “She is my beautiful baby girl and I will not stop until she is walking on two feet.”

Tutt-Soniat said she would be happy to pass the walker along to other families in need.

Community members wishing to support Imani’s walking journey can donate to the GoFundMe page at https://www.gofundme.com/f/miss-piggy-walking-journey or contact Tutt-Soniat at 504-520-9443.