Chamar Jackson leads on and off the field 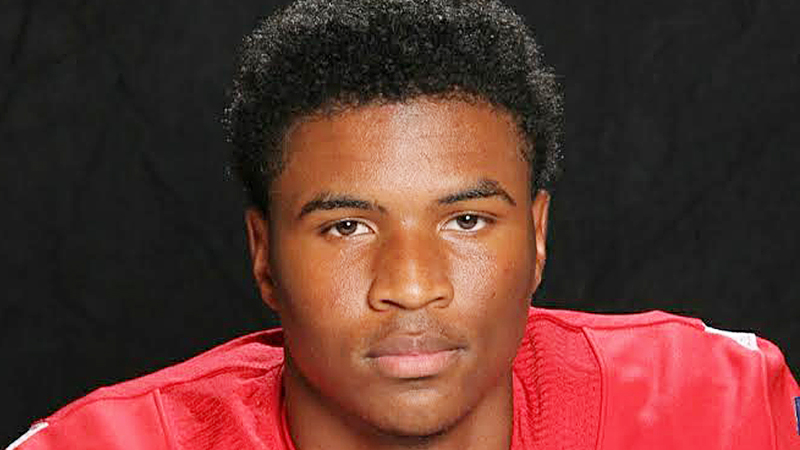 RESERVE — Riverside Academy senior Chamar Jackson is humble and driven. He has the mental fortitude to achieve success for himself and for his teammates on the Rebels football team.

Jackson began his football journey on recreational teams when he was around 6 years old. While playing Little League football in middle school in 2016, Jackson tore his ACL and meniscus. The road to recovery tested his strength and brought him even closer with his father, Marlin Jackson, who has been a major role model in his life.

“My father taught me everything I know about football. He helped me with my development and showed me certain ways to do things. He would work out with me too and help me improve my body strength,” Jackson said. “My father was also a football star in high school. He went to St. James High School. After I had my surgery, he worked with me a lot to get my knee stronger and helped me get back to playing.”

As Jackson got older, he started playing strong safety and running back for the Rebels football team. Jackson loves the energy a crowd brings when he’s under the Friday night lights, and it is important to him to be there for his team.

The most memorable game of his high school football career thus far was when the Rebels faced Southern Lab during his sophomore year in 2018. It marked the first varsity game that Jackson started in. By the end of his sophomore year, Jackson led the team in tackles and received first team all district accolades.

Jackson may have a new most memorable game this year. The Rebels entered the week 4-0, and Jackson isn’t taking his eyes off the end goal of taking home the state championship title.

While 2020 has been an unprecedented year resulting in several changes to prep sports, the Rebels are making it a year to remember for all the right reasons. Right now, they are taking it one game at a time.

“We’re all on one accord this year,” Jackson said. “The past few years were rough. We had a lot of young guys. Some guys only wanted to play for themselves. Now, it’s just about the team this year. We all bought in, and we all play Riverside football. A lot of the young guys have matured a lot.” 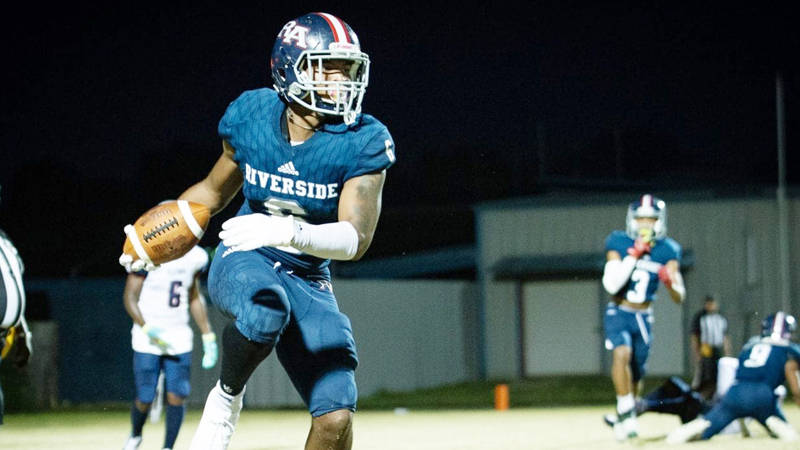 Chamar Jackson said the Rebels are on one accord this year.

Jackson would love to secure a scholarship offer this year to play football at the collegiate level and beyond. After college, he could see himself working as a physical trainer so he will always stay connected to the world of sports.

Jackson’s mother, Charlet Jackson, is proud of her son’s outstanding character on and off of the field.

“I’m proud that he does well in school. Grades wise, he is an honor roll student. Plus he works just as hard on the field and as an overall person. He’s respectful, and he’s an all around good guy,” she said.