Damonte Coxie leaves Memphis to declare for the 2021 NFL Draft 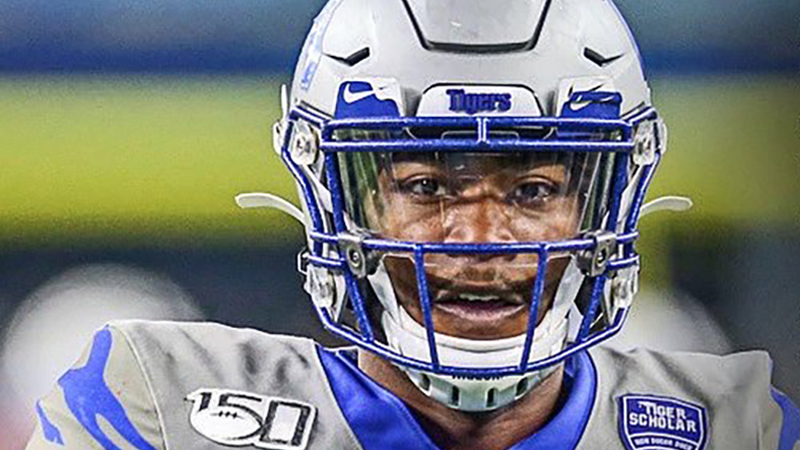 Damonte Coxie, a former East St. John football standout, will forgo his final year of eligibility with the University of Memphis Tigers to declare for the 2021 NFL Draft.

RESERVE — Former East St. John Wildcat Damonte Coxie has left his mark as a talented receiver for the University of Memphis football team, but the time has come to trade his tiger stripes for larger ambitions.

Coxie recently announced that he will forgo his final year of eligibility with the Memphis Tigers and declare for the 2021 NFL Draft.

In a statement released on Twitter, Coxie thanked his mother, Monte Weathers, and his grandparents, Donald and Sheila Coxie and Barbra Weathers, for their unconditional love and guidance throughout his athletic journey.

“I would like to thank coach Mike Norvel for believing in me and allowing a young man to live out his dreams at the University of Memphis. Thank you to Coach Reggie Howard, athletic trainer Larry Reynolds and the entire Memphis coaching staff for helping me become not just a better player, but a better man. To my teammates – thank you for the memories and friendships that will last a lifetime,” Coxie said.

Coxie stated that he will finish college and obtain his degree.

Coxie began his career at Memphis in 2017 as a redshirt freshman with three touchdown catches. During his sophomore and junior years, he became one of only two players in the school’s history to post multiple 1,000-yard seasons.

Coxie was a multi-sport star at East St. John, excelling on football fields and track stadiums following a transfer from Tara High. He was a member of L’OBSERVATEUR’s All-St. John football team after a senior season that included 54 catches, 1,182 yards and 12 touchdowns.