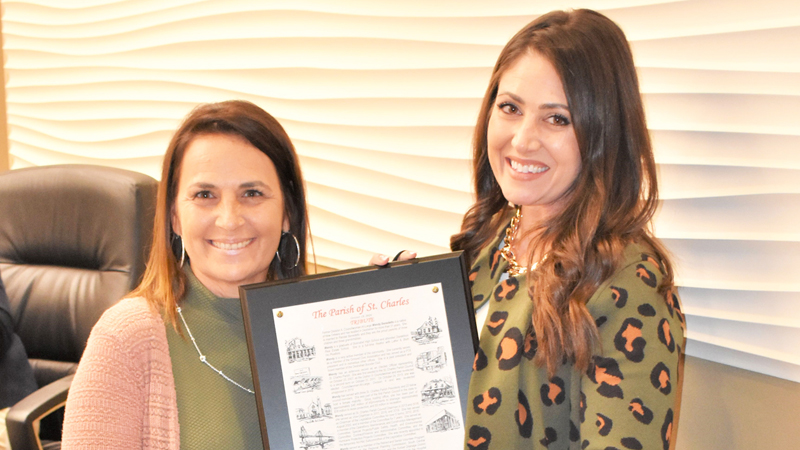 Former Councilwoman Benedetto has served with three St. Charles Parish presidents and 22 fellow council members. She was part of the first Parish Council in the state to hold a female majority. Since holding office, she has been part of approximately $46 million of improvements to drainage, approximately $38 million to levee protection, and $5 million to recreation.

“I have served with Wendy longer than any other Councilman and I am so thankful we had eight years together. Wendy worked tirelessly for the people of St. Charles Parish and sacrificed so much. Wendy has a drive and determination to be admired. I enjoyed working with her and truly made a life-long friend.” said Councilwoman Julia Fisher-Perrier.

The St. Charles Parish Council would like to wish her and her family the best in all of their future endeavors.