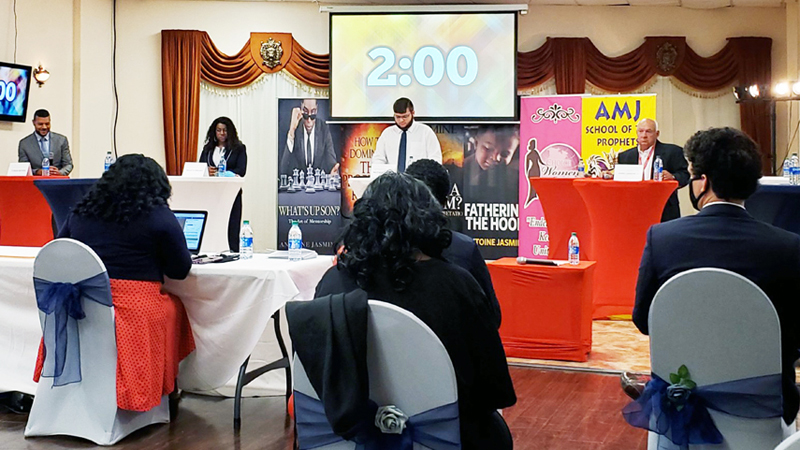 The Church Meets Government Political Forum held by Choice International Ministries Oct. 19 is part of an ongoing series that demonstrates how churches and governmental leaders can come together for the benefit of the community.

LAPLACE—With an upcoming election swiftly approaching, the Choice International Ministries hosted a Political Forum for the purpose of introducing the local candidates and allowing them to voice their platforms.

There were more than 20 political candidates that appeared to speak about the reason why they are running and what they plan to do for their community. Many of the candidates were extremely passionate about their platforms and their plans to improve the quality of life from a local to a national level.

The forum’s mediator, Minister JaVon Ophelia Butler, presented various questions to the candidates which covered topics ranging from education to rights for those women who are incarcerated.

Interestingly, many of the candidates shared views on the plans for COVID-19 testing as well as plans for healthcare. Some of the main topics and questions that were presented were about the improvement of the education system, healthcare and prison reformation. 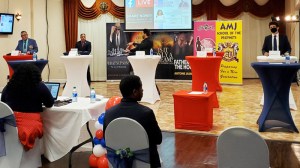 Choice International Ministries seeks to educate voters in advance of the November 3 election.

It was unfortunate that some of the candidates could not appear due to different other obligations, but it would have been intriguing to hear all of the campaigns. Nonetheless, the people that did appear made their stances very clear and concise, so voters that did attend should have an idea of which person they will choose to support.

Overall the night was productive in that each person graciously proved without a doubt they were dedicated to the office they seek to occupy. We want to wish all of the candidates luck in their campaigns.