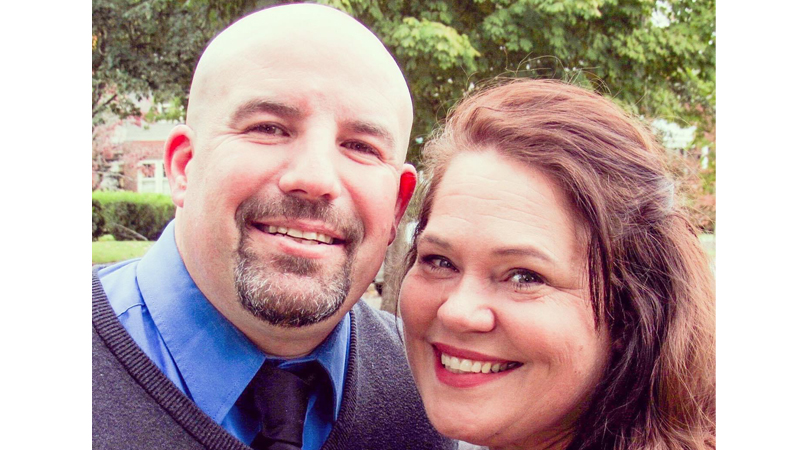 Pastor Shane and his wife, Anna Newton, had been dating since junior high. When Anna was 17, she told Shane that she would marry a minister.

LAPLACE — On October 1, following a yearlong search, Shane Newton was named Senior Pastor of First Baptist Church in LaPlace. He, his wife Anna, and their son Dylan moved from Decatur, Alabama only a few weeks ago, but Newton said they already love LaPlace and the people.

“The people have welcomed us with open arms,” Newton said. “The hardest part of moving was leaving my daughter Britany in Alabama. She is in college studying psychology.”

Dylan, who is enrolled in Liberty University’s online program, was excited to move to Louisiana.

“Dylan has always loved New Orleans, and he and his mom traveled here to visit during his senior year of high school,” Newton said. “He’s studying criminal justice, but my wife and I are praying he’ll go into ministry.” 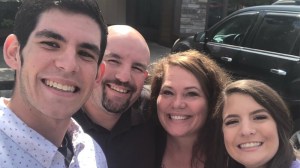 Newton knows a little about that type of career change. His sights were set on a career as an anesthesiologist. During his sophomore year at the University of North Alabama, where he played wide receiver, Newton said God called him into the ministry.

“Ministry was never on my radar,” he said. “I thought your parent or grandparent had to be in ministry for you to be a pastor.”

Anna, who was his girlfriend at the time, was not surprised by his decision. The couple had been dating since junior high, and when she was 17, she told him that she would marry a minister.

“I told her, ‘Then I’m out because I’m going to be a doctor,” Newton said. “Two years later, when I told her that I was going into ministry she said, ‘I knew I’d marry a pastor.'”

Newton has been in ministry for 20 years, and he said he’s worked harder than ever since the COVID crisis began. The difficulty of staying connected while socially distanced, online services, and decisions about when to meet in person are some of the challenges brought on by the pandemic.

“I just want to do what’s right,” Newton said. “Much prayer and counsel go into every decision. I want to honor the Lord and keep everyone safe.”

Services at First Baptist of LaPlace follow social distance guidelines and provide masks. Sunday school is back for the children, as well as youth services on Wednesdays, and Wednesday night services will begin in November. In addition, Newton is enthusiastic about reaching out to the community.

“Our focus at First Baptist is to love the Lord, and to love and serve our community,” Newton said. He knows about the value of community outreach as well.

Newton’s parents were not churchgoers, but when he was 7 years old, a church van began picking him up to attend services on Sundays. At the age of 10, Newton gave his heart to the Lord.

“I want our church to have an outward focus,” Newton said. “I just want to serve our community.”

First Baptist, located at 100 Ormond Blvd. in LaPlace, sponsored their annual Trunk or Treat complete with free food, games, prizes and candy. Newton said he would love to join with other churches for a Thanksgiving event. First Baptist will also have a Candlelight Christmas Eve service, a Men’s Wild Game Cookout in March, and Women’s ministry events are being planned.

The Newtons are adjusting to the warmer temperatures, the spicy food and learning to pronounce the French names; however, there is one area where Newton will not budge.

“I will always be an Alabama football fan,” he said. “I’ll pull for LSU except when they play Alabama.”

He won’t be alone. He says there are three or four Alabama fans in  the congregation, and when one cast his ballot for Newton, he wrote “Roll Tide.”