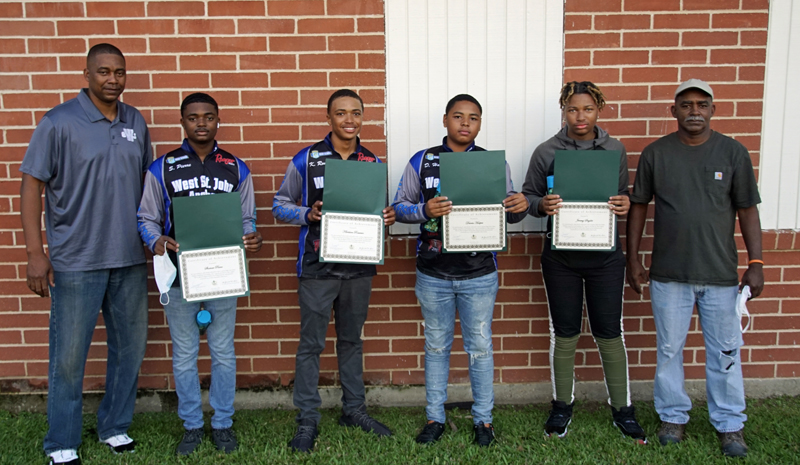 The St. John the Baptist Parish School Board at its Oct. 16 meeting recognized the West St. John High School fishing team. In less than three years as a team, the West St. John Anglers have posted Top 10 finishes in a number of tournaments, competing as far away as South Carolina and Kentucky. Most recently, they scored their best finish of second out of 107 teams in the Louisiana High School Bass Fishing competition. West St. John High School Principal Claude Hill called the team a perfect example of what happens when young people find their passion as the members took it upon themselves to form the team, find a sponsor, locate a boat and captains and cross many other hurdles. “Our team is known as the Bass Fishing Gracious Competitors because, in their first tournament, they stopped to help a stranded boat and by stopping that took them out of the competition because everything is timed,” Hill said. “After the host found out that they gave up their opportunity to place he, in turn, paid for their next tournament.” Team members, from left, are boat captain Marvin Pierre, Shamar Pierre, Khristian Rousseve, Devrin Harper, Jeremy Snyder and boat captain Vernon Silver. The team is sponsored by Rochelle Darville.