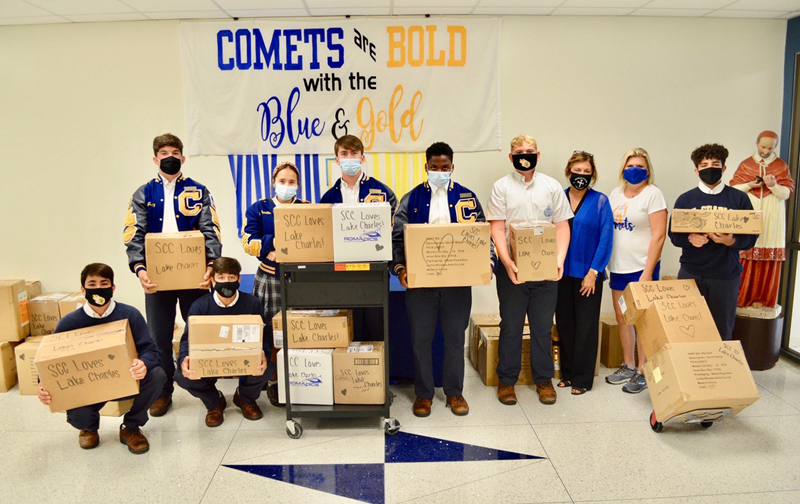 When Hurricane Laura made landfall in Louisiana on August 26, citizens all over the state prayed for those that would be affected by the storm. As news spread that morning of the damage and destruction that had occurred all over the Lake Charles region, St. Charles Catholic High School immediately planned to contribute to the relief efforts. Designing T-shirts for a hurricane relief fundraiser and announcing a competition based around food donations, the Comet family began to gather funds and supplies that could contribute to those who were out of power, food, and other basic necessities. Many members of the SCC family, based in LaPlace, Louisiana, have family members, friends, and loved ones in the Lake Charles region. The Comet family was eager to help. The campaign for donations was titled “Love in Action,” and students, parents, teachers, and alumni proved their care and affection for those in need through their participation.

After only a week of promoting their fundraising and food drive efforts, SCC was able to sell over 100 T-shirts and collect hundreds of nonperishable food items such as canned vegetables, baby food, water bottles, pasta, rice, paper products, and more. Members of the Comet family contributed many levels of the relief efforts, including monetary and food donations, packaging items, and transporting the donations to Lake Charles from LaPlace.

To ensure that the Catholic community in Lake Charles saw relief, the Comets paired with a high school called St. Louis Catholic High School—an institution that bears the same signature blue & gold. Many donations were also delivered to Catholic Charities of Lake Charles.

SCC’s principal, Dr. Courtney Millet, said of the event: “St. Louis Catholic is a school very similar to SCC. It’s a co-educational Catholic school that bears the colors blue and gold, just like us. I also have a dear friend from college whose children attend SLC, so I knew in my heart that they were the right school for us to sister with in this mission. I’m so proud to know that our Comets responded so generously to the call for help.”

SCC was able to pack dozens of boxes of food and water, which was then delivered by a member of the Advisory Board, Kristen Gilbert. SCC also raised $1000, and the check was sent to SLC with the other donations.

SCC hopes to continue to provide whatever they can to the Catholic community of Lake Charles. SCC Campus Minister, Raleigh Poche is seeking to offer a donation of priestly vestments from the SCC Chapel’s inventory to any church or Catholic school community who is in need. If you or a parish you know could use such a donation, please contact SCC’s front office at 985-652-3809.

SCC would like to thank all those in the community who contributed to the “Love in Action” campaign. It is truly special to see the power of service and selflessness in today’s world. 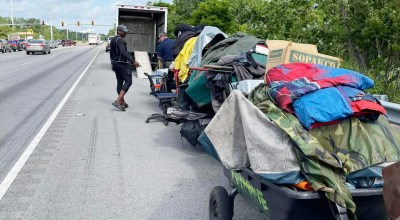