COLUMBIA, La. — The Riverside Academy Rebels traveled more than 200 miles away from home for the first victory of the 2020 prep football season Saturday, just days after COVID-19 altered the Week One schedule.

The Rebels were originally slated to face Woodlawn – Baton Rouge on Friday, Oct. 2. That changed when three of the Panthers athletes tested positive for COVID-19. Coach Kevin Dizer was notified after practice Thursday that the Friday night game had been cancelled, and he searched frantically for a weekend opponent that would give his guys a long-awaited opportunity to play.

On Friday evening, Caldwell Parish High School answered the call. The Rebels took a four-hour road trip to Columbia, Louisiana on Saturday Oct. 3 and returned home with a 49-19 win.

Senior quarterback Gage Larvadain was a shining star in the game with five touchdowns, which included four rushing scores and one touchdown lined up at receiver. Larvadain and sophomores Cade Middleton and Elijah Davis worked together to propel the Rebels to a solid 22-0 lead by the end of the first quarter.

Caldwell Parish scored for the first time just before halftime after a run from Larvadain, bringing the score to 28-6.

Larvadain had three scoring runs in the third, including a run on a long touchdown pass from sophomore Luke Hymel. With one more touchdown from Caldwell added in the fourth quarter, the final score came out to 49-19.

Rebels head coach Kevin Dizer said he was thankful the guys had an opportunity to play after waiting so long to get back to business amid the COVID-19 pandemic.

“There’s just been so much uncertainty in the world, and I just think in 2020, any opportunity you have to play, you better take advantage of it because you just don’t know when your next game is going to be guaranteed. I’m so thankful Caldwell was willing to host us,” Dizer said.

While Dizer noted that Larvadain’s unbelievable performance once again solidifies his reputation as a playmaker, there were several Rebels who stepped up to get the job done. A mix of hardworking seniors and underclassmen are poised to make this season one for the books.

Riverside will be on the road again this week for an away game against Catholic Pointe Coupee this Friday night.

“We’ve got a big-time test with Point Coupee. They are the state runner-up, and they’ve got one of the best players coming back in 1A in Matthew Langlois,” Dizer said. “Coming after our four-hour trip, we’ve got another two-hour trip to New Roads, and we have to handle that the right way. That’s a team that got the best of us last year, and we’re going to see if we can be better this year than last year.” 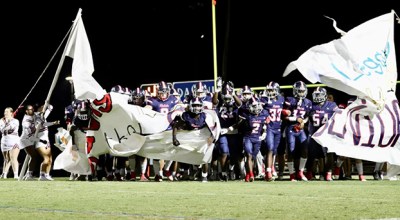 Riverside ready to take on Ascension Catholic in playoffs 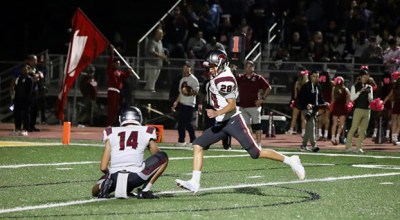