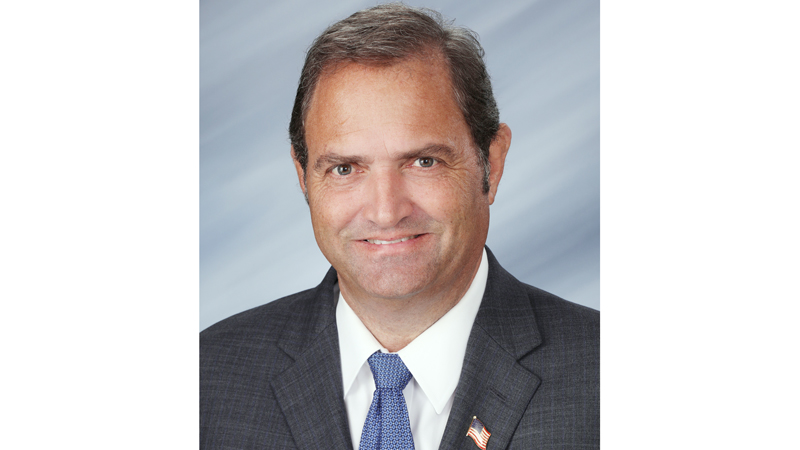 LAPLACE — Local attorney Leandre Millet said his education and wide-ranging experience in the field of law have qualified him to become St. John the Baptist Parish’s next Division B judge of the 40th Judicial District Court.

Millet will appear on the ballot in the Nov. 3 election. If elected to the six-year term, Millet intends to build upon work that has been done in the past to maintain an efficient docket in Division B.

He stated that when he takes the bench each morning, he will have read every case, understand the arguments of each case and be ready to discover the evidence and facts that must be applied to the law.

Millet also intends to work with the St. John clerk of court, district attorney and sheriff to upgrade the technology that connects all governmental agencies comprising the justice system.

Millet graduated at the top of his class from Loyola University in December 1988 with a bachelor’s degree in Business Administration in Accounting. He became a Certified Public Accountant in 1989 and worked for Ernst and Young LLP before attending law school at Tulane University.

Upon graduating from Tulane in 1992, Millet spent a year working at the Fifth Circuit Court of Appeal as a central staff member. He returned to Ernst and Young LLP for approximately five years and went on to open a private practice in LaPlace in January 1998.

Since September 2001, Millet has served as an assistant district attorney in the 40th Judicial District. He has prosecuted everything from homicides and assaults to drug trafficking and thefts.

Millet maintained his civil practice and handled domestic cases, personal injury cases, wills and successions while working as a prosecutor for criminal cases.

His legal experience in St. John Parish has included work with the public defender’s office. He has also been involved in juvenile matters involving delinquency, Families in Need of Services (FINS) and the Department of Children and Family Services DCFS.

“I’ve got a pretty broad range. I think I’ve dealt with just about everything that could possibly come before a judge,” Millet said. “Experience is necessary for someone to fill this position. We’re a general jurisdiction. Unlike jurisdictions in some parishes that are specific to domestic, criminal or civil matters, we handle everything here.”

From a young age, Millet looked up to attorneys as intelligent and significant people in the community. He sees the legal profession as a pathway to helping others, and he believes an effective judge should have the correct character and integrity.

Millet said he will not legislate from the bench. He will put aside any personal beliefs and always apply facts and evidence to the law as it is written.

Millet said it is also crucial to treat people with respect and to be accessible to the public with designated office hours. He respects people’s time and believes strongly in holding pre-trial conferences to move justice swiftly.

Nghana Lewis, another candidate for the Division B judge seat in the 40th Judicial Court, has spoken out about using data to identify and service youth at risk of criminal conduct.

If elected, Millet plans to address high school students to discuss the merits of laws and their impact on society.

From his years working in the juvenile portion of the court, Millet can see that some progress has been made regarding youth incarceration. However, there is still much work to be done.

“At this point I believe it is a resource issue more than anything, although I sense some solutions are coming along to help us address that,” Millet said. “As judge I would certainly use all of the resources that are available to address the juvenile system and seek remedies that keep them from coming into the system.”

Millet is also involved in community service groups. He assists nonprofits such as Perry’s Posse, an organization that provides spiritual, financial and emotional support to cancer patients.

For the past three years, Millet has supported Aviation Awareness Day at the Port of South Louisiana Regional Executive Airport to give young people the opportunity to see STEM lessons come to life.

He is also a member of the St. John Parish Business Association, Knights of Columbus and Ascension of Our Catholic Church.

Millet and his wife support live theater in the River Parishes, as well as student athlete groups.

Millet has been married to Courtney Porteous Millet, principal at St. Charles Catholic High School, for 32 years. Together they have two sons, 25-year-old Michael and 23-year-old Jeffrey. Both sons are graduates of the Louisiana State University College of Engineering, and one is attending medical school.

“I think I have the qualities that are necessary and the experience and education to make me a perfect fit for this position, and I believe I have the judicial temperament for this position. I have tried to live a good, solid life in preparation for this opportunity, and I would appreciate the support of the community,” Millet said. 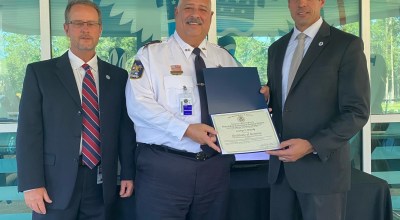