Riverside looking to take the next step 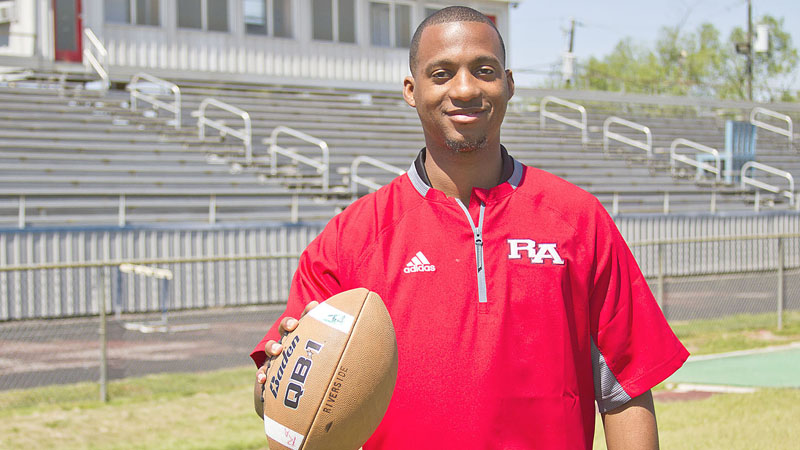 RESERVE — Riverside Academy had a young team in 2019, but now the team is older and looks to be improved in 2020.

“Going back to last year, we had a young team and we were in pretty much every game, but a little too young and immature to win those ballgames,” Riverside Academy coach Kevin Dizer said. “This year, we’ve got about 15 starters back and we’re not only looking to be in those games, but to pull them out.”

Riverside Academy went 3-7 and reached the Division IV playoffs, but lost to Ascension Catholic in the first round, 55-20.

“A lot of guys got experience,” Dizer said. “They are one of the best freshman classes we’ve ever had if not the best.”

Dizer enters his third year as the team’s head coach.

This year’s team features 10 senior starters and 12 total seniors, which Dizer said is the biggest senior class they have had since he has been the head coach.

They have about 50 players on the roster.

Dizer said they have a pretty talented team and had a good offseason in the weightroom, so they are looking to be much better this season.

Larvadain will line up at quarterback and play other positions like receiver and defensive back.

“Definitely the best playmaker when the ball is in his hands,” Dizer said. “He’s been really good for us his first two years and we’re counting on him as a senior.”

Dizer said that Hymel is a rising sophomore, who will also be a signal caller.

“Luke is going to be a sophomore this year. A lot of arm strength and arm talent,” Dizer said. “He’s the future of the program at quarterback. He’ll allow us to be more multiple and free up Gage.”

Dizer said that lineman Washington is their best guy back defensively. Last year, he was a District 9-1A co-MVP.

Last season, Washington made 71 tackles with 17 for loss to go with seven forced fumbles, a fumble recovery and six sacks.

Wilson is a tackle and a leader on the offensive line.

Murphy is an all-district receiver and he plays safety defensively.

Lockhart is a receiver and he has been an all-district receiver.

Middleton returns at free safety. Last year, Middleton made 31 tackles, five behind the line along with six sacks, two forced fumbles, three fumble recoveries, an interception, two defensive touchdowns and a kickoff return for a score.

Riverside will open the season on Oct. 2 at Woodlawn of Baton Rouge.