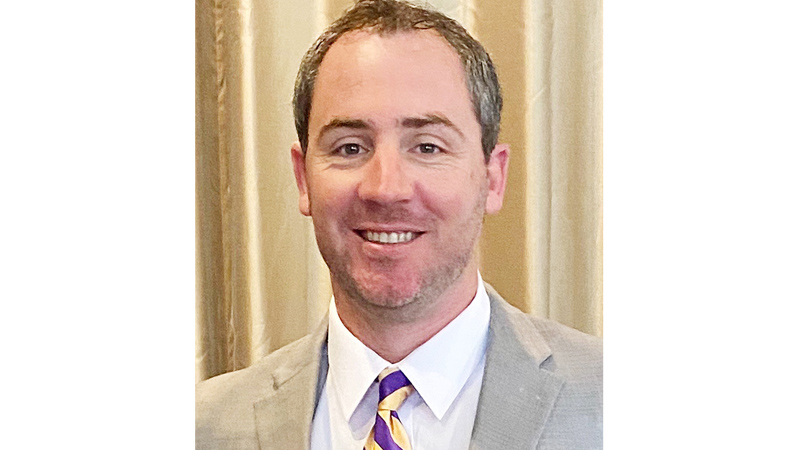 LULING — Hahnville will rely heavily on its offense early this season, as the Tigers return eight starters offensively and three defensively.

Luquet is in his first year as Hahnville’s head coach and second year at Hahnville.

Last year, the Tigers went 8-2 in the regular season, but came up short in the second round of the Class 5A playoffs, 21-19, to Zachary.

Some of their top guys on offense are Trey LaBranch, Corey Lorio and Collin Zeringue.

Trey LaBranch is the running back. He was a backup running back last year and started some games at wide receiver.

“Home run hitter,” Luquet said. “He’s a guy who has great top-end speed and hits holes 100 miles per hour. He can get to the third level without anybody touching him. He played wide receiver and running back, so he can catch the ball out of the backfield.”

Lorio is at wide receiver.

“Two-year starter,” Luquet said. “He’s a (former NFL wide receiver) Lance Moore type. He likes to work in the middle of the field. He likes to work where the chains are. He’s that swiss-army guy. He’ll also play a little running back this year when we go to two-back sets, which gives him a chance to expand his role this year.”

Zeringue will line up at tight end and wide receiver.

Defensive back Elijah Hamilton is a McNeese State University commitment.

“Played corner last year, moving to safety,” Luquet said. “An opportunity to really kind of put a stamp on defense. He’ll help us line up correctly. He’s also our punt returner. Really impressed with his ball skills, his knowledge of the game. He’s going to be a mid-year graduate, so he’ll be at McNeese State in the spring.”

“Shamarr was an outside linebacker for us last year,” Luquet said. “Really was great at rushing the passer. He’s a lanky kid, good in pass coverage, good at filling the holes. He’s one of two starters coming back. It’s good to have him at the second level and Elijah at the third level because when bullets are flying, they’re there to calm things down.”

Hahnville opens the season with a home game against L.W. Higgins on Oct. 2.