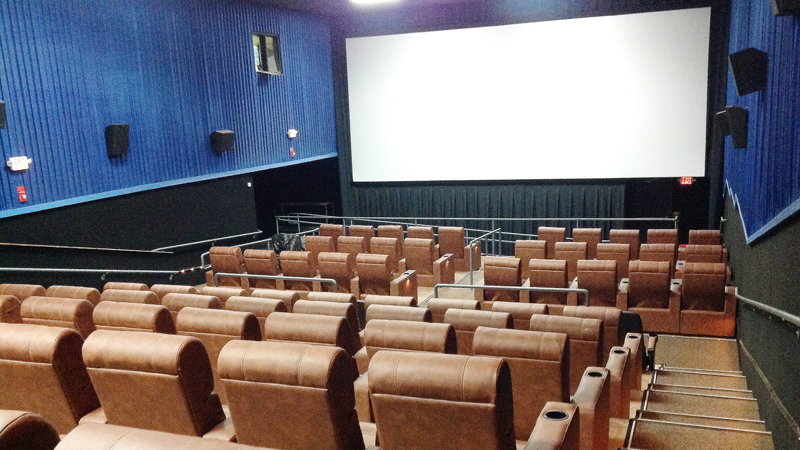 This photo shows the modernization of the LaPlace Theater when it reopened as Acadiana Cinemas in Spring 2016. Owners announced this week that the theater is now closing and that the landlord will take the space in a different direction.

In a statement released on social media, the theater owners stated, “During this prolonged COVID environment, Acadiana Cinemas was unable to fund ongoing cash losses, including payment of monthly rent. The landlord has decided to take the space in a different direction.

“We now exit LaPlace, confident we gave it our all, leaving there a small piece of our hearts and a large portion of our investment. To all of you who supported the business these past four years, we thank you from the bottom of our hearts. Good luck and may God bless.”

Doug Collins has worked in theaters from the time he was in high school. Twenty-six years ago, he and his wife Cathy purchased a vacant, aging theater in Opelousas. They revitalized the space 13 years ago and sparked new interest among moviegoers in the local community.

Doug and Cathy acquired the LaPlace location at 1312 W. Airline Highway and began renovations at the end of 2015.

“It had been there for a long time. Like a lot of theaters in smaller towns that did not modernize over the years, it gradually became kind of outdated and did less and less business as time passed on,” Doug said.

In April 2016, the theater re-opened to the public with modernized stadium seating, leather recliners, lounge style chairs and new flooring.

All five Acadiana Cinemas locations shut their doors in mid March to help flatten the curve of COVID-19 infections. What was expected to be a few weeks of closures turned out to be several months. The LaPlace location eventually reopened on August 21 with limited capacity guidelines. The theater tried to drum up community support with curbside concession sales and private screenings, but it was not enough to combat the impact of slow business after being closed for five months.

Doug said the LaPlace location never quite lived up to expectations, even before the pandemic. He added that it was difficult to pinpoint why other locations succeeded when LaPlace did not.

Doug said small town theaters are valuable resources to communities that have limited opportunities for family outings and recreation.

“We think it’s huge. We operate five small town theaters, and the towns in which we operate may or may not have a bowling alley. I don’t think any of the five towns have one today. Skating rinks have gone away. Typically, the movie theater is a primary source of entertainment outside of the home,” Doug said.

“We’re proud of what we have been able to do. We’ve made a living by taking theaters that are 20 and 30 years old and re-investing in them. For our other four theaters, it worked. For some reason, it just never worked in LaPlace. We did see an improvement in business from what the prior operators had, but it just wasn’t enough to sustain the business long-term. When you layer the pandemic on top of that, it’s just extremely difficult to see when that business could even get back to a breakeven standpoint.”

Local business owner Wayne Vicknair frequented Acadiana Cinemas with his wife and their two children. He said the experience of going out to a movie with family is priceless, and the advent of at-home streaming just isn’t the same as settling into theater seats with popcorn and drinks in hand.

“It’s a sad day when our community loses any businesses, much less businesses that were family oriented. If we don’t start supporting our local businesses that have family in mind, then we can expect more of these things to happen,” Vicknair said.

“If we could come together and support each other, I don’t think we would have to go further than St. John for business.”